Sheikhupura, Pakistan: At least 19 Sikh yatris were killed on Friday (July 3) when their van was hit by a train in Sheikhupura district, reports in Pakistani media say. 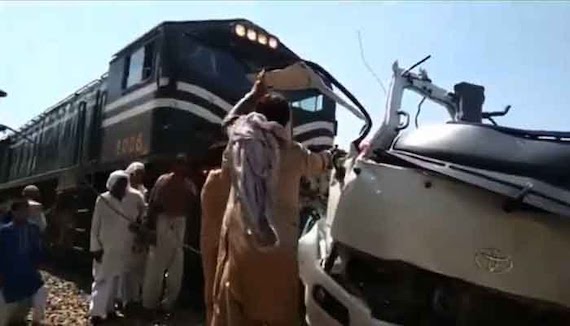 “According to the District Police Officer Sheikhupura Ghazi Salahuddin, 15 yatris lost their lives as the Lahore-bound train from Karachi met with an accident near Farooqabad railway station”, reads a report in The News International.

As per reports the accident took place at a train crossing without a barrier. All the wounded have been shifted to a nearby hospital, added officials.

It was reported that all the bodies have been shifted to the hospital and rescue operation has been completed. The wounded were given first aid by locals at the time of the accident.