New Delhi: The Sikh genocide of November 1984, that took place on the pretext of former Indian Prime Minister Indira Gandhi’s killing that claimed the lives of an estimated 8,000 people in Delhi and around the country were not spontaneous as has been made out the case but were state-orchestrated, says a scathing new book on the four days of mayhem, adding it’s time the world took note of the killings, as it did of the slaughter of a similar number of Bosnian Muslims in 1994. 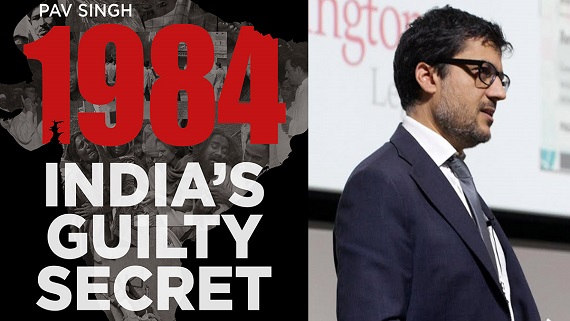 “At the time, the authorities projected the violence as a spontaneous reaction to the tragic loss of a much-loved Prime Minister. But evidence points to a government-orchestrated genocidal massacre unleashed by politicians — with the trail leading up to the very heart of the dynastic Gandhi family — and covered up with the help of the police, judiciary and sections of the media,” maintains the author while interacting with the media.

“It is believed that key players in the then Congress government used the increasingly volatile situation in Punjab to blur the perception of the Sikh community in the eyes of their fellow citizens,” writes Pav Singh, a member of the Magazines and Books Industrial Council of Britain’s Union of Journalists, reports The Tribune (TT).