A peace march was taken out by the protestors from Gurudwara Bangla Sahib to Jantar Mantar. 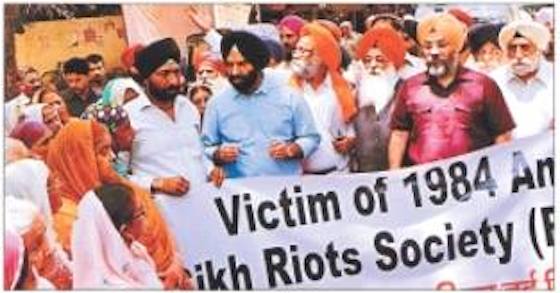 “The government had announced additional compensation of Rs 5 lakh to the victims. In December last year the Indian Home Minister Rajnath Singh had distributed cheques to 17 affected families. Later, 2,500 other victims submitted their forms but they were yet to receive the increased compensation,” informed one of the protestors.

The victims have submitted their memorandun to India’s Home Ministry alleging that the Delhi government was not paying them increased compensation on the pretext that they had no budget for it.