The fake encounter was enacted on 22/3/1993. On 21/03/1993 Balwinder Singh son of complainant mother Lakhbir Kaur were traveling to Amritsar with his mother by bus to get treatment Nanak, after stopping the bus at Talwandi Rama. Baldev Singh SHO Dera Baba with accused police party forcibly abducted Balwinder Singh despite his mother’s alarm and protest. Another young sikh male Baljinder Singh Latu resident of Kalanaur, who was also traveling with his father on the same bus, was also taken into illegal custody. Both were kept in illegal custody alongwith Balwinder Singh Mulowali, who was already in illegal police custody. The next day the police accused enacted a false story in which all three were killed in a fake encounter at village Kathiala. 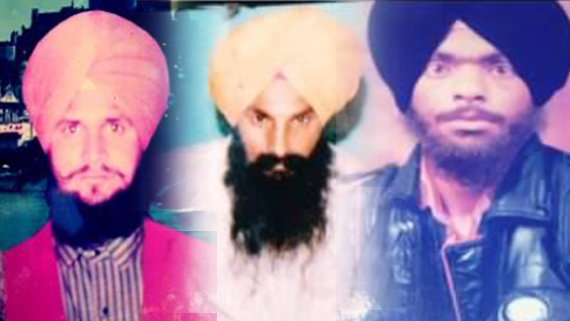 The dead bodies of all three youths were illegally cremated as unclaimed by the accused at cremation ground Chanan Shah Diya Marriya Batala. Post Mortems showed that all three suffered gun shot wounds to the chest in similar manner none of the claimed 145 police personnel present were injured in the stage encounter. Mata Lakhbir Kaur filed complaint case against the accused on 22-01-1999 in CJM Batala. The accused avoided summons for eight years and managed to get complaint dismissed by default. Mata Lakhbir Kaur filed appeal against dismissal order in Punjab & Haryana High Court, which ordered trial to proceed. The complainant deposed on 17-04-2018 after 24 years and trial proceeded resulting in today’s conviction. Many attempts were made to threaten, coerce, bribe and allure witnesses for almost 30 years. Yet she pursued the case with determination to get justice for her son’s death and falsely being branded a terrorist. Sadly, in the year May 2019, Mata Lakhbir Kaur died while fighting for justice. After her death, Baljinder Kaur and Jatinder Kaur, sisters of Balwinder Singh pursued the case relentlessly. In April 2017 in Independent People Tribunal IPT held by Punjab Lapata (PDAP) Mata deposed that she had said to SHO Baldev Singh that he had extinguished her light and lamp to which he replied such lights  need to be extinguished. Today’s verdict has kept that light alive.