Chandigarh/ Punjab (August 17, 2014): It is learnt that Punjab Youth Congress (PYC) has come out to oppose the the screening of Punjabi movie ‘Kaum de Heere’, saying that the movie ‘glorifies’ the assassins of former Indian prime minister Indira Gandhi.

It is notable that Indira Gandhi had bloody army attack on Darbar Sahib Amritsar in June 1984, in which thousands of innocent Sikhs were massacred by Indian army. After the June 1984 attack Indira Gandhi was killed by Bhai Beant Singh and Satwant Singh on October 31, 1984. Bhai Beant Singh, Satwant Singh and Kehar Singh have been recognized as martyrs of the Sikh nation by Akal Takht Sahib. 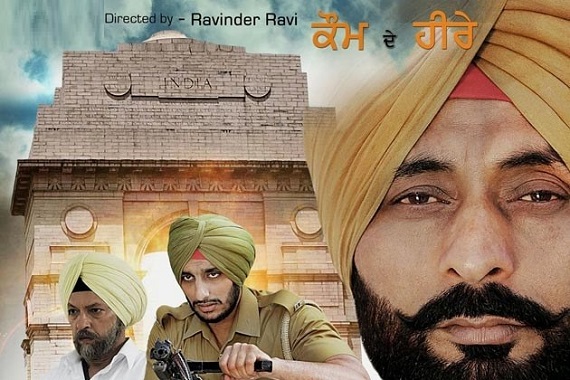 Kaum De Heere is a Punjabi movie in which Punjabi lyricist and singer Raj Kakra has played lead role. This movie is said to be based on lives of Bhai Kehar Singh, Beant Singh and Satwant Singh.

The movie was banned in India earlier this year, after which it was released in rest of the country. But the movie was recently cleared for screening in India after the makers of movie made some modification in it.

In a letter to Prime Minister Narendra Modi, PYC president Vikramjit Singh Chaudhary said it was unfortunate that a movie that glorifies and glamourises Indira Gandhi’s assassins and terrorism was being allowed to be screened in Punjab and other parts of the country. Now this movie is set for release in India on August 22.

As per information Punjab Youth Congress has written a letter to the Indian Prime Minister against approval granted to the movie. In his letter to Indain Prime Minister Narendra Modi, PYC president Vikramjit Singh Chaudhary said it was unfortunate that a movie that glorifies and glamourises Indira Gandhi’s assassins was being allowed to be screened in Punjab and other parts of the country.

He warned that if the permission for the film’s screening is not withdrawn, Punjab Youth Congress activists will stage protests across Punjab and prevent its release and screening.

“The government shall be responsible for any law and order issue that may crop up,” he said.