Party spokesperson Kanwar Pal Singh said the decision to bar the film by Home Ministry (HM) is based on flimsy ground. “The film is based on history and facts. We can’t change the history nor can we run away from the facts”. He asked the HM to withdraw its illegal ban as it has hurt the Sikh sentiments. 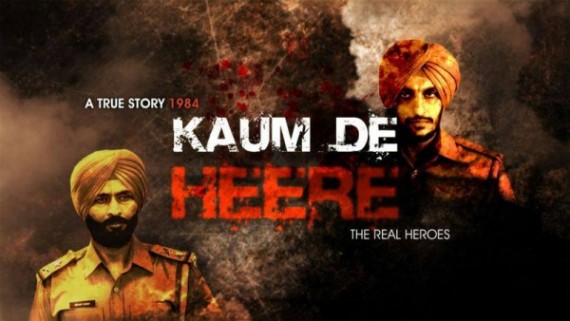 Kaum De Heere to be released on August 22

Lambasting the BJP and the Congressmen for raising hue and cry on the film, Kanwarpal Singh said they have no business to interfere in Sikh affairs. ‘It’s for the Sikhs to decide who is their community’s (quam) hero and Akal Takht articulating the collective aspirations of the Sikhs have declared the three (Beant Singh, Satwant Singh and Kehar Singh) as their heroes and martyrs.

Rubbishing all talks and claims by certain quarters that the film would disturb the communal harmony, he said bonds of Punjabi’s are not so weak and fragile that any film could trigger unrest amongst them.

He urged the Director of the film to wait for few days and in case the government sticks to its illogical stand, then he should distribute DVD’s of the film within Sikh circles and that their cadre would screen the film in villages, towns and cities on their own.