New Delhi, India (August 23, 2014): It is learnt that another Punjabi movie “Insaaf Di Udeek – Dilli 1984” has been denied clearance Certificate by Central Board of Film Certification (CBFC). Ashok Gupta, director of the movie told during a press conference that an interview of Sikh Genocide 1984 victims and eye-witness was the main motivation behind the movie. 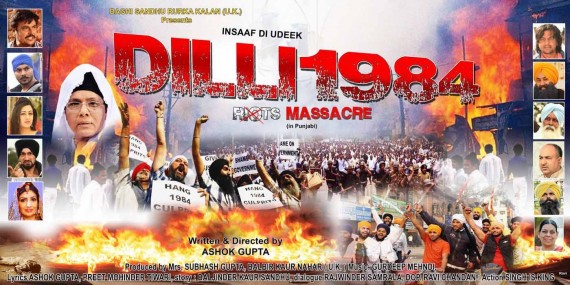 He said that the story of “Dilli 1984” was finalized after holding a series of meetings with Bibi Jagdish Kaur, who is also prime witness against Sikh genocide accused and Congress party leader Sajjan Kumar.

He said that CBFC has denied the requisite certificate to the movie, which means it can not be released in India. He said that he would appeal to higher authorities against CBFC’s decision.