New Delhi, India: A committee, headed by Prime Minister Narendra Modi, will choose the next Chief Commissioner for Gurdwara elections, slated to be held in September 2016.

The Home Ministry has notified new rules for the appointment of the next Chief Commissioner, Gurdwara elections, considered to be the mini Parliament for Sikhs.

According to the gazette notification, the Home Ministry will appoint a person as the Chief Commissioner for performing the functions under the Sikh Gurdwara Act 1925. The central government will approach the Registrar of the Punjab and Haryana High Court seeking a panel of at least three retired judges, not exceeding the age of 70 years.

On receipt of the panel of retired judges from the high court, the search-cum-selection committee headed by the Union Home Secretary will recommend a list of suitable candidates for the post of Chief Commissioner of Gurdwara elections. 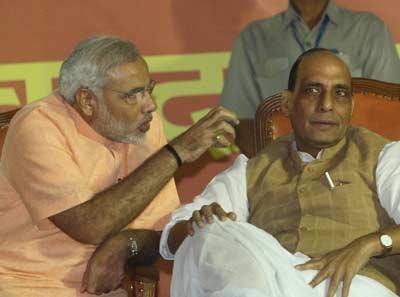 Other two members of this panel would be Union Secretaries of Law and Expenditure.

The recommendation of the search-cum-selection committee will be forwarded to the Appointments Committee of Cabinet (ACC), headed by the Prime Minister, for final selection. Home Minister Rajnath Singh is the only other member of the panel.

The term of the Chief Commissioner will be for a period of two years which may be extended by a year if considered necessary with the approval of the ACC.

The central government has been appointing the Chief Commissioner of the Gurdwara elections in Punjab, Haryana and Union Territory of Chandigarh, but so far there were no rules to stipulate the process of selection.