New Delhi, India: Vishav Hindu Parishan leader Ashok Singhal today (Nov. 21) said that the ‘Delhi has come back in to the hands of swabhimani (proud) Hindus after 800 years’. Singhal said that the victory of Hindutva forces in last Lok Sabha elections has brought back the control of Delhi into the hands of proud (upper caste) Hindus.

“800 years after the rule at Delhi went away from Prithviraj Chauhan, it did not come into the hands of proud Hindus. It has happened after 800 years,” Ashok Singhal said. He was speaking at the inaugural session of the Hindu conference.

He siad that the Vishav Hindu Parishad was formed in 1964 to rally together fearless Hindus from around the world. 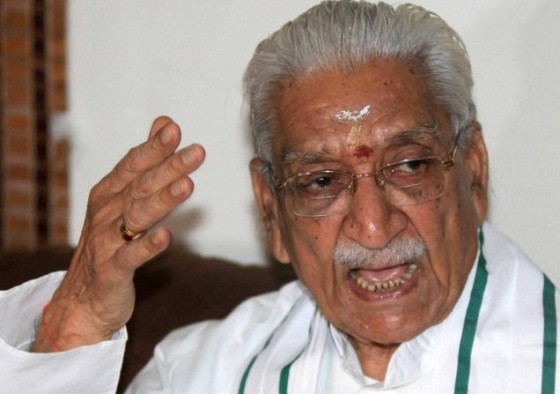 The three day conference has been organized by the World Hindu Foundation and intends to provide platform for Hindu society across the globe to discuss and arrive at solution to various challenges faced by them.

Ashok Singal said that the Sanskrit language should be made compulsory in every school across the country.

Since the formation of Narendra Modi led BJP government in India the Hindtva forces have started to speak up openly about implementation of Hindutva agenda in this subcontinent which involves destruction of distinct identities through assimilation or elimination.