Chandigarh: The trauma of 1984 and the ‘movement’ of post-1984 period is being treated as a ‘formula’ by Punjabi filmmakers. Many films on 1984 and aftermath have arrived in last two years. The success of ‘Sadda Haq’ (2013) attracted attention of other Punjabi filmmakers and five films – 47 to 84, Kaum De Heere, Punjab 1984, Dilli 1984, Blood Street – have already been released. Others in line are Leather Life, Patta Patta Singha Da Wairi, Wanted Zinda, Jinda and Sukha – The Movie, Ankhi Yodhey.

Three movies: Wanted Zinda, Jinda and Sukha – The Movie and Ankhi Yodhey are said to be based on life-story of Sikh martyrs Bhai Harjinder Singh Jinda and Sukhdev Singh Sukha.

Now ‘Filmmaker’ Baghel Singh announced to screen the story of Bhai Jugraj Singh Toofan. The movie titled ‘Toofan Singh’ is being produced by Dilbagh Singh under direction of Baghel Singh. The filmmakers claimed that their film ‘Toofan Singh’ will show the strength of ‘Hindu-Sikh unity’ while depicting the life of Sikh militant Jugraj Singh Toofan. 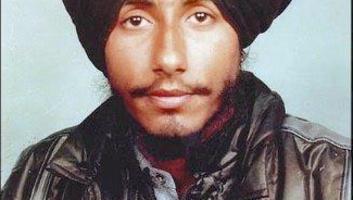 They said that Bhai Jugraj Singh Toofan is admired by Hindu community in Punjab even today, years after his martyrdom, as he had protected Hindus during the days of militancy.

Serious concerns are being raised about these movies as the filmmakers are presenting the sensitive and serious phase of recent Punjab history in a ‘non-serious’ manner. Many Sikh circles have raised concerns that the filmmakers are presenting epic-like stories of great Sikh personalities in a very casual way. This concern was raised particularly with regard to movie ‘Kaum De Heere’ that was based on life of Shaheed Beant Singh, Satwant Singh and Kehar Singh as many felt that the movie lacked directional and artistic proficiency.

Anurag Singh’s ‘Punjab 1984’, starring Diljit Dosanjh and Kiron Kher, received massive condemnation from Sikh intellectuals and analysts and the filmmakers were accused for (mis)using the trauma of ‘Punjab 1984’ for their commercial gain and further for presenting the Sikh struggle in ‘bad light’.

Announcement of three movies on the life of Bhai Sukha-Jinda shows that a race between Punjabi filmmakers has already started, which justifies alarms raised by aware Sikh circles.