Chatisinghpora remembers massacre of 35 residents, waits for justice even after 15 years

Chatisinghpora (Anantnag): Apparently a serene place, this village in Shangus area of South Kashmir’s Anantnag district cloaks many agonizing tales of March 20, 2000, massacre of 35 people of the minority Sikh community on the eve of then US president Bill Clinton’s visit to India. 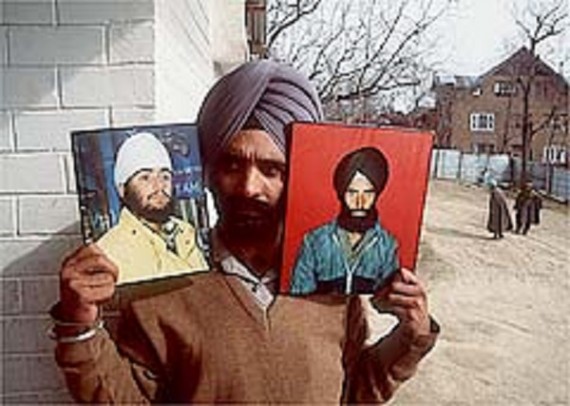 Recalling the incident, Nanak Singh, 58, a survivor of the massacre who lost his 16-year old son, 25-year old brother and three of his cousins in the gory incident, says, “It was the eve of Holi festival and at around 7:45 in the evening men in Army fatigues asked the villagers to come out of their houses and assemble saying that they had information about presence of militants in the area.”

He said the villagers who were inside the Gurdwara were also made to assemble outside.

“While some were assembled at Sheikhpora Mohalla, others were queued up near Gurdwara,” Singh says.

He said that the men in Army fatigues offered wine to them which they rejected. “They later opened fire on people. The bodies were lying all around me in a pool of blood and I could hardly gather what had happened. A bullet pierced through my hip but I survived, only to watch five of my family members being cremated,” says Nanak amid sobs. 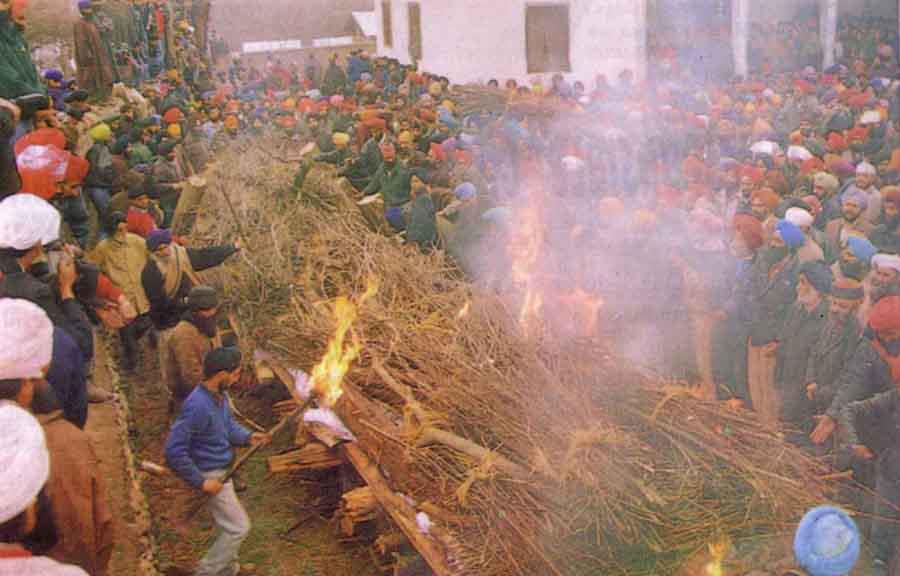 Nanak is baffled on the reluctance of the government in ordering an inquiry into the incident.

“Leave apart justice, what I fail to understand is what stopped the State and Central governments from at least ordering an inquiry into the horrific massacre of 35 Sikhs,” said Nanak Singh.

He said that then Chief Minister Dr Farooq Abdullah had expressed his helplessness in the matter saying he was not allowed to order inquiry. “We want to at least know who these hidden hands were,” said Nanak.

Nanak demanded a thorough inquiry in Chatisinghpora massacre and also reopening of Pathribal and Brakpora cases which, he says, are interlinked.

Narender Kaur, 55, who lost three male members in her family including husband in the Chatisinghpora massacre, is engrossed in prayers in a local Gurdwara.

“I can’t forget that fateful evening. The men in Army fatigues asked the male members of our family to come out and assemble outside as they had to carry out searches,” says Kaur.

She says that her husband, brother-in-law and his two sons also came out after the men in Army fatigues assured them that they have only to check their identity cards and will leave them within 5 minutes.

“After some time we heard the sound of bullets followed my screams. I along with other neighbors rushed out to see dead bodies lying all around in a pool of blood,” says Kaur.

Kaur’s husband Gurbaksh Singh was killed in the incident leaving behind two daughters and aged father. Her brother-in-law Uttam Singh and his two sons Ajeet Singh and Gurdeep Singh were also killed.

“It was a doomsday for us. While desperately tried to look for the bodies of my husband, brother-in-law and his children, I felt unconscious,” says Kaur.

“It has been 15 years since the incident but the government has not even bothered to probe the incident, leave apart punishing the culprits,” says Kaur.

She says that a thorough inquiry should be initiated so that truth comes to fore and culprits are exposed.

The family members of all the victims are unanimously seeking an inquiry.

“Though justice continues to elude the Pathribal victims and those killed in Brakpora, but at least truth has come to fore that Army and police were responsible for these two incidents. In our case, truth has been concealed for unknown reasons and no inquiry was conducted at all into the incident either by State or Central government,” the victim families lamented.

On March 25, 2000, Army shot dead five men in Pathribal village of Shangus area in the same district and claimed they were foreign militants responsible for the massacre of Sikhs. The Army version was supported by police who termed it a joint operation. It later turned out that all those killed in Pathribal were local residents reportedly picked up by Army, police and government gunmen from various areas.

Seven more people protesting against the Pathribal killings were killed in firing by police and paramilitary forces at Brakpora village.

Besides victim families, Sikh bodies are also demanding inquiry into the killings.

“We have always been maintaining that Chatisinghpora, Pathribal and Brakpora are a series of interlinked occurrences and hence can’t be taken up in isolation. So we have been demanding a time bound inquiry into Chatisinghpora massacre too,” said President APSCCK, Jagmohan Raina.

He said that even Pandian Commission set up to probe the killing of seven people at Brakpora, while recommending an inquiry commission for all three incidents, had stated that the incidents were inter-linked.

He said that the killings on the eve of US President’s visit suggested that the massacre was well planned. “After this massacre a suspicion was created in the minds of minority Sikh community and despite provocations no body moved out of the valley.”

“A judicial probe as suggested by Supreme Court should be ordered into the Chatisinghpora massacre so that truth comes to fore,” said Raina. He said that then Chief Minister Dr Farooq Abdullah had stated that he knew the people behind the massacre.

“We don’t know who was behind the killings. No inquiry was initiated into the incident and this has made us apprehensive. Our demand is that the matter should be investigated by state and central agencies together,” demanded Gyani.

A member of the committee, Yashpal Singh, said, “We want the Chatisinghpora massacre to be investigated so that truth comes out. Those who orchestrated this massacre wanted to scare us, but let me tell them that we were born here and will die here.”