The controversy over the film based on Guru Nanak Ji’s life is growing day by day in the Sikh circles as more and more Sikhs are joining the campaign not to depict the character of Sikh gurus in any form whether pictures, animation or role played by any human being. Long ago it has been unanimously decided by Sikh Panth that the to preserve the sanctity of Sikh Gurus no one will be allowed to publish pictures or portray Gurus in any living form, but this decision has been violated very a time by different organisations and people at various times. It went unnoticed or little notice has been taken by Sikhs on this issue. Those who took notice were unable to spread their word so perfectly because the media did not consider it an issue worth to be reported. Left unchecked now it became a pandemic itself. 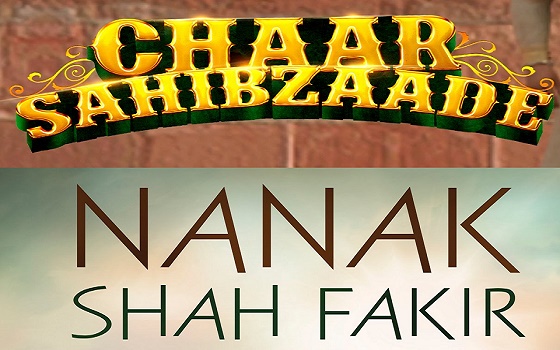 Although we can see the roots of this recent phenomenon of making films on Sikh Gurus as the economical greed of some organisations and people, but from our perspective it is the myopic view of the bigger picture. After the grand success of Chaar Sahibzade now everyone is up in arms to make films on Sikh Gurus. According to our reading it is not only the corporate greed like thing it is the phenomenon of big picture. Its roots emanates from the State policy of Integration and Assimilation of Sikh panth in the dominant nationality’s fold. It is the Cultural Assault of state to assimilate Sikhs into dominant nationality’s fold. It is not an isolated incident. The management of political leadership of Punjab, management of Sikh media, termination of Sikh journalists from top posts, regular postings of non-Sikhs and especially ex-military officers( whose mindset is manufactured according to the state policies) in

Sikh educational institutions is the chain of steps taken state to assimilate Sikhs.

States are very much concerned about the diversities in the societies they are ruling, so they try to subjugate and assimilate the diverse contents of its subject by one means or the other. Language and the ‘National Interest’ attached with the language are the main source of the distinctiveness of the Nations. Schleiermacher clearly defined the strength of language and its history with the formation of nationality. He said, ‘Only one language is firmly implanted in an individual. Only to one does he belong entirely, no matter how many he learns subsequently… For every language is a particular mode of thought what is cogitated in one language can never be repeated in the same way in another.’

On this view Elie Kedourie commented by saying, ‘This theory has immense political consequences. The world is a world of diversity, and humanity is divided into nations. Language is the external and visible badge of those differences which distinguish one nation from another; it is the most important criterion by which a nation is recognized to exist, and to have the right to forma an nation state.’

German philosopher Fitche maintains that, mere presence of foreign vocables within a language can do great harm, by contaminating the very spring of political morality.

So from these views we can understand the real intentions of state. It is up in arms to contaminate the the very spring of Sikh political morality in every form. State is very aware about the thrust and attachment of Sikhs with Gurmukhi, the history attached with this language and the National Interests it serves.

Kedourie also noted very honestly that, ‘It is not merely that a group of people speaking a certain language may claim the right to preserve its language; rather, such a group, which is a nation, will cease to be one if it is not constituted into a state’.

So from these global views we can imagine the real designs of state trying to subjugate ethno-nationalism of Sikhs. Films, novels, stories and every aspect of literature from media to philosophy are the the tactics of state to assimilate the non-dominant nationalities into its fold. Mr Laski in his world acclaimed book CIA and cultural cold war has very intelligently revealed the designs of States acting on the name of cultural representatives to mould the strength of revolution in their favour.

So the controversy about the films about Sikh religion and history should be seen in the wider perspective of assimilation and integration by the state machinery.

Sikhs have to resist every move of state tooth and nail to preserve their distinct identity in their own way.