Sikh Manifesto Hustings at the University of Wolverhampton

Wolverhampton, England: An update by the Sikh Federation UK says a hustings to engage Wolverhampton Politicians and Parliamentary candidates with the Sikh Manifesto will be held at the University of Wolverhampton (MC 001) on 16 April 2015.

The Hustings will commence at 6.30pm, refreshments will be available from 6pm. The aim of the event is for Politicians and Parliamentary Candidates to highlight their position with regards to supporting the ten key areas of concern to the British Sikh community, as highlighted in the recently produced Sikh Manifesto. The Sikh Manifesto is based on nationwide consultations through meetings and networks and has been written with the May 2015 General Election in mind. 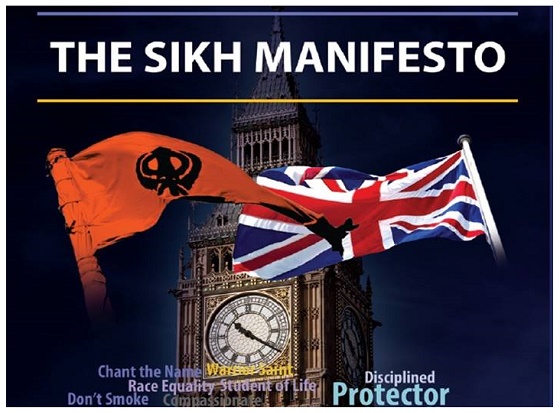 On 12 March 2015, The Times Reported that British Sikhs could hold the balance of power in the general election, community leaders claimed yesterday, as Philip Hammond, the foreign secretary, opened a new deputy High Commission in Chandigarh, the capital of the state of Punjab, in India.

There are 500,000 Sikhs who can vote in Britain and the Sikh Federation said there were 50 constituencies where Sikh votes could make or break a party.

Although this is a free event, registration is encouraged by following the link below: https://thesikhmanifesto.eventbrite.co.uk