In a brief talk with Sikh Youth Front leader Papalpreet Singh, actor Neetu Pandher informed that the movie shows that the period of 1980s-90s witnessed a strong movement for social values. 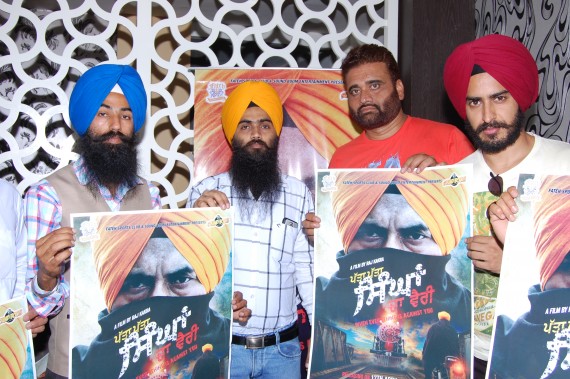 Elaborating his point he talked about the termination of Drug Addiction in Punjab, control over the unnecessary spending and immoral activities during marriage parties, rehabilitating the divorced or widowed ladies etc. Strongly recommending the Sikh approach for development of healthy society, Neetu Pandher said that social revolution can only be brought under leadership of Khalsa Ideology.

Despite ban on their prior movie ‘Kaum de Heere’ in India, this team dared to work on their next project for the well being of Sikh nation, he said.

It is notable that Patta Patta Singhan Da Vain movie was initially denied clearance by the Central Board of Film Certification (CBFC) but it was later cleared by Film Certification Appellate Tribunal (FCAT). The movie is set to hit screens worldwide on April 17.