Meanwhile Shiv Sena has called for Gurdaspur bandh (shutdown) on April 13, 2015 to protest against attack on party leader. 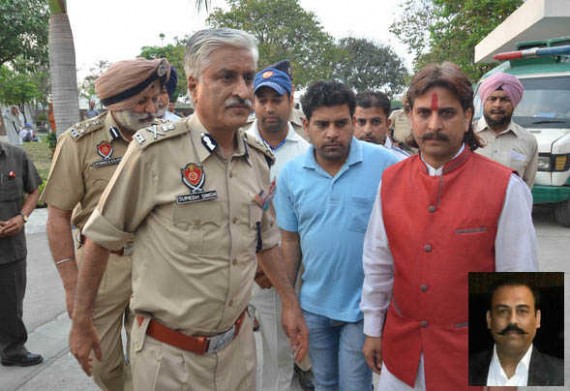 It is notable that a Sikh youth named Kashmir Singh had shot at Gurdaspur Shiv Sena leader Harminder Soni on April 12. Harminder Soni was shot at around 8:30 am after he finished a volleyball game at Fish Park Gurdaspur.

Police maintains that Harminder Soni was shot at by Kashmir Singh by his .315 bore desi weapon.

As per information Kashmri Singh went close to Harminder Soni and asked him if he was Soni. After the Shiv Sena leader affirmed his identity Kashmir Singh reportedly fired at him with a desi fire weapon. It is notable that Shiv Sena leader was accompanied by his four gunmen when he was attacked.

Harminder Soni is a local leader of Shiv Sena and is know for anti-Sikh activities in Gurdaspur district. He was also accused in an attack on some Sikh youth on March 28, 2012 during Punjab Bandh call given by Sikh organisations to protest against proposed hanging of Sikh political prisoner Balwant Singh Rajoana.

Harinder Soni was also considered responsible for situation that had led to police firing on a peaceful Sikh protest on March 29, 2012. It is notable that Sikh sangat were holding a peaceful protest in Gurdaspur on March 29, 2012 demanding police action against Harminder Soni and other Shiv Sena activists for beating up Sikh youth and removing their turbans. But instead of taking action against Shiv Sena leaders the police had opened fire on peaceful assembly of Sikh youth. A young Sikh student Jaspal Singh of village Chaur Sidhwan was killed in police firing while another Sikh youth Ranjit Singh was seriously injured.