Nankana Sahib: A fifteen years old Sikh girl, Manbir Kaur is among the toppers of the Class X matriculation exam in Pakistan. A student of Shri Guru Nanak Devji High School at Nankana Sahib, Manbir Kaur scored 1035 marks out of 1100 to emerge topper. She is  daughter of the granthi of Gurdwara Sri Nankana Sahib. 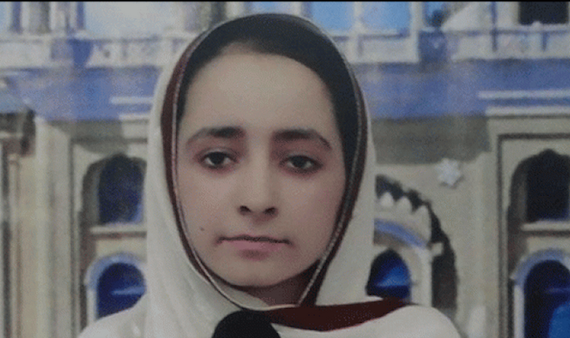 According to the results declared by the Board of Intermediate and Secondary Education (BISE), Lahore, the top two positions were bagged by girls — Shafaq Zahid (1080/1100 marks) and Aleena Mohsin (1079/1100 marks).

“She has enrolled for pre-medical as she wants to become a doctor,” said Manbir Kaur’s father, Prem Singh.

She has been receiving messages of congratulations from people of all communities in Pakistan.