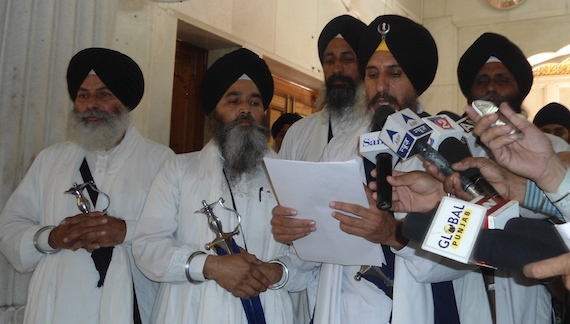 A few hours after the Panj Pyaras issue the directions of the SGPC executive committee, the SGPC chief Avtar Singh Makkar unilaterally declared to reject it.

Not a decision of SGPC: says Sukhdev Singh Bhaur

“This may be SGPC chief’s personal views, but it could not be termed as SGPC’s decision” he told Sikh Siyasat News (SSN) over phone. “SGPC has a process to take and announce decisions and any such decision could only be taken in SGPC executive committee meeting”, he added.

Gurmata was adoped as per Panthic principles: Bhai Satnam Singh

“We took this decision as per Panthic principles and acted in our capacity as Panj Pyaras, not in our individual capacity or in the capacity of SGPC employees. So SGPC has no right to suspend Panj Pyaras”, he said.