Amritsar Sahib: Condemning the dismissal of Panj Piyare’s by the SGPC executive, the Dal Khalsa and SAD Panch Pardani said it was engineered by Badals only to satisfy their ego and arrogance.

Spokesperson of both the organizations Kanwarpal Singh and Harpal Singh Cheema, while strongly reacting to the dismissal of Panj Piyare’s said Badals through proxy have directed the SGPC executive  to commit a blunder completely in contrast with senior Badal’s public posturing that “they never interfered in religious affairs”. 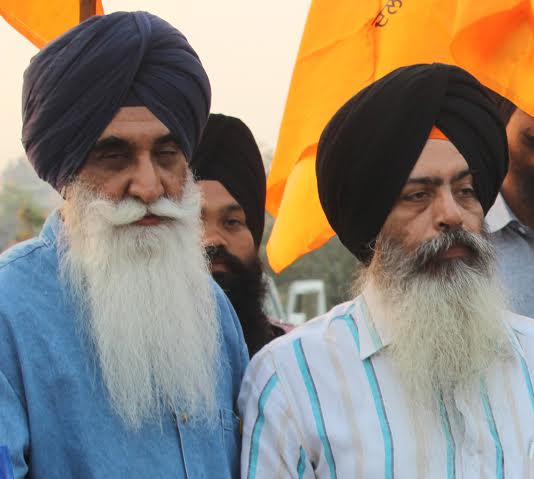 In a joint statement, they said Akali Dal and the SGPC were highly mistaken that Panj Piyare’s drove their strength from the services or employment of the SGPC. They said the Sikh mandate was with Panj Piyare’s and it was the moral strength that drive Panj Piyare’s to issue directive to SGPC to sack the disgraced Takhat Jathedar’s. Trashing the dismissal orders, they said it would not make any difference whether Panj Piyare’s were in or out of SGPC services.

They said theirs groups would wait for the proposed programme to be given by Panj Piyare’s for Sikh Sangat bytomorrow.