Chandigarh: A meeting of the Sikh Intellectuals representing various organizations took place in the office of the Kendri Sri Guru Singh Sabha today to consider the grave situation arising out of the dastardly attack on Bhai Ranjit Singh Dhadrianwala – a prominent preacher of the Sikh faith.

The gathering was of the opinion that the attack is clearly prompted by the anti-Sikh forces out to destroy the separate identity of the Sikhs, as well as the supremacy of the Sri Guru Granth Sahib as the moving force and the only source of the Sikh faith.

Sikh intellectuals said that [i]t was an attack to terrify those personalities who stood in defence of the Sri Guru Granth Sahib in Bargari and other places last year. 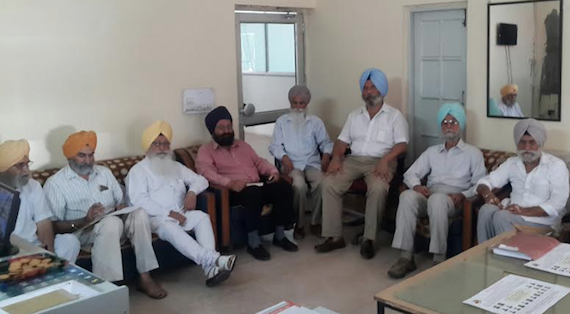 Bhai Panthpreet Singh, Bhai Ranjit Singh Dhadrianwala and others are doing their legitimate duty to come to the defence of Sri Guru Granth Sahib, a statement issued after the meeting reads.

The gathering requested the right minded people all over the world and particularly the Sikh Panth to stand firmly with the preachers of Gurmat, who are staking their lives to live the Guru’s message.

The trend of scuttling the proper investigation and arrest of real culprits of Bargari/Behbal Kalan incidents appears to be continuing in the present instance as well. This was considered most deplorable.