Chandigarh: The Aam Aadmi Party yesterday accused the Narendra Modi led BJP government of pursuing the old Congress policy of shielding culprits by granting a one-year extension to the SIT constituted to reinvestigate the 1984 Sikh carnage.

AAP said that as per information collected under RTI the Modi government had granted a one-year extension to the SIT constituted to reinvestigate the 1984 Sikh carnage without assigning any valid reason.

The Narendra Modi government had constituted a SIT to reinvestigate the 1984 genocidal violence against Sikhs on February 12, 2015. The SIT was supposed to complete investigation against all accused, after examining the records afresh from all police stations concerned and also from the files of the Justice JD Jain and DK Aggarwal Committee. 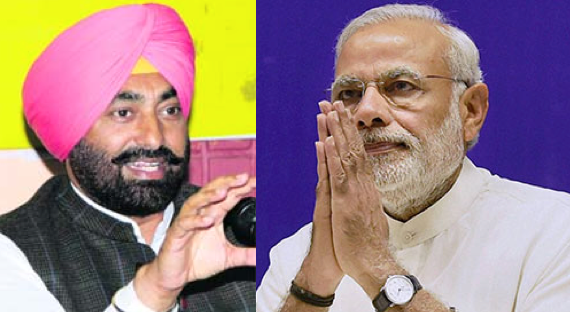 “The time period specified for the SIT to complete its re-investigation was six months from February 12, 2015, to August 12, 2015. But it failed to make any progress, after which it was given a one-year extension,” said Sukhpal Singh Khaira, AAP spokesperson.

He said the Ministry of Home Affairs had failed to specify why it was extending the tenure of SIT.

“The information shows that the Modi government is non-serious to pursue the investigation. It is only pursuing the old agenda of the erstwhile Congress governments to shield and protect the guilty of 1984 Sikh carnage,” he alleged.

AAP asked the SAD to clarify its stand on extension to the SIT and demanded completion of reinvestigations on time.