The case was registered against Bhai Daljit Singh and British citizen Jaswant Singh Azad was named in this case at a later stage and he was produced before a local Ludhiana court in this case on Nov. 02, 2012. The police had alleged that Jaswant Singh Azad had lent his Ludhiana based building to Akali Dal Panch Pardhani for alleged “unlawful” purposes. 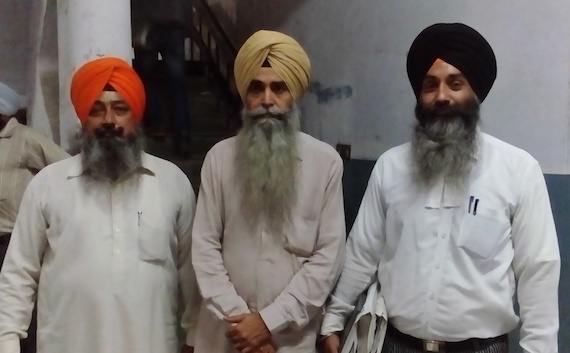 He said that the case was motivated by political reasons and it lacked factual and legal basis.

“UAPA, which is a virtual replacement of infamous TADA and POTA after 2008 and 2012 amendments, is being widely misused by governments and the police against those holding dissenting or different opinion than that of the state” said Advocate Manjhpur.

He said that a similar case was registered against Jaswant Singh Azad under UAPA at Jalandhar and Bhai Daljit Singh’s name was also attached to this case. He says that case is still pending in a trial court in Jalandhar. He said that the Jalandhar case too lacks factual and legal basis.