To drive their point home, the organization leaders quoted the findings of US based Human Rights Watch South Asia Director Meenakshi Ganguly saying that India routinely uses vaguely worded laws such as sedition and criminal defamation as political tools to stifle dissent. 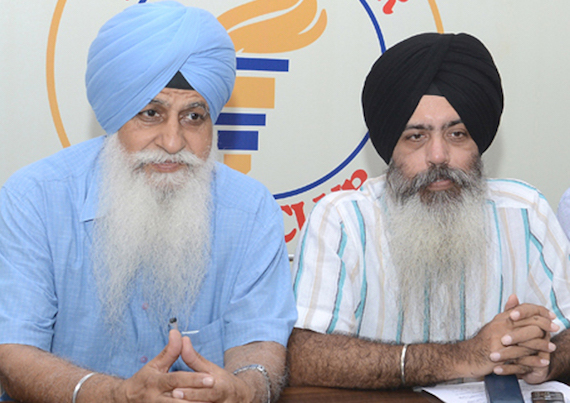 Notably, the Ludhiana police booked Daljit Singh under UAPA, 1967 and Explosive Act in 2012. Last day, the court of additional session judge Sandeep Singh Bajwa has acquitted Daljit Singh and others as the prosecution has failed to prove the allegations made in the charge-sheet.

Party’s former head H S Dhami and senior activist Kanwar Pal Singh said the case against Daljit Singh was motivated by other than legal reasons. He had to remain behind bars for sixteen months before he got bail from High Court in March 2014 and during investigation he has subject to torture, said both.

At the time of his arrest, he was heading the political party SAD (Panch Pardani), they said and added Daljit Singh, who was a political dissenter and was inconvenient to the present establishment of Punjab, was made to suffer without any fault.

“The state home minister Sukhbir while pursuing the undemocratic method gagged him, said both. The acquittal of Daljit Singh was reprimand to the working of police department that has become a mere tool in the hands of the political masters.

Further quoting the 108-page report of the Human Rights Watch (HRW) titled “Stifling Dissent”, they said Indian authorities should see the findings as a mirror and repeal all such laws that were prone to misuse and have been repeatedly abused by ruling parties to suppress those who hold independent thoughts and beliefs at national as well as state level.

Appreciating the HRW for raising its concern about the dismal human rights situation in India, they said “as we continue to live in dangerous times … we still live in the shadows of a past under the brutal jackboots of the entire State machinery about which there has been absolutely no accountability rather total impunity to the forces.