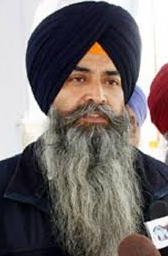 In a raid conducted on wee hours on Saturday, Sikh leader Bhai Daljeet Singh was arrested by Division Number 5 police of Ludhiana city.

The police officer in charge of the police party arreting Bhai Daljeet Singh said that he was arrested on directions from the top “in wake of Ghallughara June 1984 day on 6 June”.

Reports of similar raids by Punjab police are also received from various other places.

The raids seems to be part of state’s plan to create ‘fear psychosis’ amongst the masses in relation to Ghallughara day that is marked on 6 June at Akal Takht Sahib annually to commemorate the Indian army’s invasion on Darbar Sahib (Amritsar) in June 1984.