New Delhi: The Indian Supreme Court today set aside Punjab and Haryana High Court order commanding benefits of premature release to Sikh political prisoner Bhai Lal Singh. The SCI, however, granted liberty to Bhai Lal Singh to submit a representation/application before the competent authority of the Union of India within a period of eight weeks and the authority shall consider the same as expeditiously as possible in accordance with law and the guidelines framed for premature release. 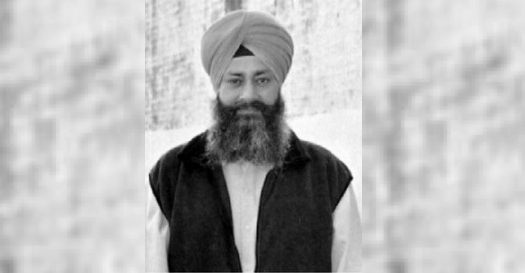 The Gujarat government had challenged the August 2012 order of the high court.

Allowing the appeal of Gujarat government, a bench of justices Dipak Misra and Shiva Kirti Singh said an “abrupt direction” was issued by the high court to release Singh on parole for three months.

The Supreme court today ruled that judicial power cannot be used on the basis of “individual perception” of judges who have to function within the two “golden virtues” of discipline and restriction.

“The impugned order, as we notice, is gloriously silent and, in fact, an abrupt direction has been issued to release the first respondent on parole for a period of three months. It is well settled in law that a Judge is expected to act in consonance and accord with the legal principles,” the SCI said.

“He cannot assume the power on the basis of his individual perception or notion. He may consider himself as a candle of hope, but application of the said principle in all circumstances is not correct because it may have the potentiality to affect the society,” the bench said.

“While using the power he (judge) has to bear in mind that ‘discipline’ and ‘restriction’ are the two basic golden virtues within which a Judge functions. He may be one who would like to sing the song of liberty and glorify the same abandoning passivity, but his solemn pledge has to remain embedded to Constitution and the laws,” the SCI said.

The bench granted liberty to Singh to submit a representation before the competent authority of the Centre within eight weeks on the issue.

It said the competent authority would consider the representation expeditiously in accordance with law and the guidelines framed for premature release of life term convicts.

Notably, according to a recent decision of the Supreme Court of India, the Central government of India is regarded as “appropriate government” for granting premature release where the trials were conducted under a central law (such as TADA) or the case was investigated by a central agency (such as CBI).

Advocate Jaspal Singh Manjhpur, who maintains the list of Sikh political prisoners, told Sikh Siyasat News over phone that a plea for premature release of Bhai Lal Singh was already pending before the central Home Ministry of India. He said that the Central government should allow the case of Bhai Lal Singh on the lines of case of Bhai Wariam Singh who was granted premature release by the Government of India few months back.