Chandigarh: Justice Zora Singh Commission, appointed by the Punjab government to “probe” the Behbal Kalan police firing incident submitted it’s report yesterday. But the seriousness attached by the Punjab Government to the commission could be gauged from the treatment meted out to the author of the report at the Civil Secretariat last evening. Moreover, the commission has reportedly failed to indict any officer for the police firing on Sikh protesters at village Behbal Kalan. It also failed fix responsibility of officials responsible for failure to find the culprits who had stolen a Sroop of Guru Granth Sahib from village Burj Jawahar Singh Wala.

The report, however, makes certain recommendations regarding compensation to be paid.

Media reports have highlighted that first, the offices were closed and there was no one to receive the report at the allotted time. Then, junior-level officials were sent after an endless wait and repeated calls, upsetting the judge. 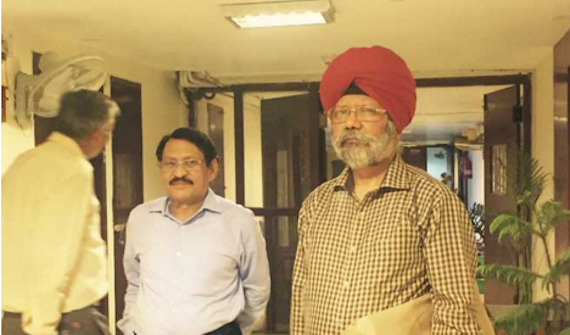 The one member commission took seven months to probed the incidents of beadbi of Guru Granth Sahib in Faridkot district last year and the incidents at Behbal Kalan and Kotkapura, where police action was taken against protesters.

The 51-page report has merely recorded the statements of 206 witnesses, including police and executive officers. No officer has been indicted for the police action on protesters or inaction to trace the missing Saroop of Guru Granth Sahib from Burj Jawahar Singh Wala.

“We (the commission) met eyewitnesses and other people associated with the three incidents. The two brothers who were arrested and later released — Rupinder Singh and Jaswinder Singh — were also examined. Several key religious leaders like Giani Kewal Singh, former Jathedar of Takht Damdama Sahib; Bhai Panthpreet Singh, Bhai Ranjit Singh Dhadrianwale; family members of Krishan Bhagwan Singh of Niamiwala village and Gurjeet Singh of Sarawan, who were killed in police firing at Behbal Kalan; other leaders like Gurdeep Singh were called and their statements and affidavits were taken by the Commission. There were others like Daler Singh Kheri Wale who were issued several summons but refused to appear before the commission,” The Tribune quotes Justice (Retd.) Zora Singh.

For several witnesses who could not come for public hearings, he added, the Commission went to their houses to examine them and record their statements.

Justice Zora Singh maintained that all aspects of the desecration incidents had been looked into in the probe. “However, because our findings can interfere with the police and CBI investigation into the incidents, I do not want to discuss if there is a political conspiracy,” he said.

No one to receive report of Zora Singh Commission:

According tot The Tribune, [u]nable to get time from Chief Secretary Sarvesh Kaushal, retired Justice Zora Singh, along with his registrar and three staff members, reached the Civil Secretariat at 6.25 pm on Thursday only to find all offices locked.

They claimed that the Officer on Special Duty to the Chief Secretary, DMS Bedi, had asked them to submit the report at 6.30 pm. However, the office was locked. Repeated phone calls and messages to the officers went answered.

Finally, after 20 minutes in the sweltering heat, a clerk from the Control Room walked in rather apologetically and asked the retired judge to hand him the report. A visibly upset Zora Singh asked the clerk to call his seniors.

A senior assistant from the Protocol Department then came up and the retired Judge again refused. Special Secretary, Protocol, Rajeev Prashar, was finally sent there and he pacified the judge.

The Katju commission had held police officials present on the spot and their high-ups responsible for unprovoked police firing at village Behbal Kalan on Oct. 14, 2015 in which two Sikhs were killed.