Jalandhar: A day after his suspension from the Shiromani Akali Dal (Badal), Jalandhar Cant. MLA Pargat Singh held a press conference at Jalandhar yesterday. He criticised Badal Dal president Sukhbir Badal, terming him as a “visionless leader who takes decisions as per his own whims and fancies”.

Hockey player turned politician alleged that Sukhbir Badal had made the SAD (Badal) a one-man party having sycophants and touts as its members.

He also lauded Navjot Singh Sidhu for resigning from the Rajya Sabha. “We are good friends and we often talk on the phone. I have not been able to contact him since he resigned,” he said. 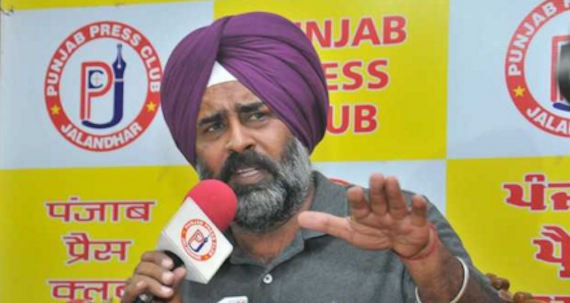 Though he refrained from revealing his future plan, he showed his inclination towards the Aam Aadmi Party (AAP), notes The Tribune (TT).

“I need time to think over it,” he said, but made it amply clear that his exit from the Akali Dal was just a matter of time.

Brushing aside the general impression of AAP being dubbed as “a party of inexperienced people”, Pargat said: “At least, AAP will not bring the state to such worse condition as it has been under the Akali regime.