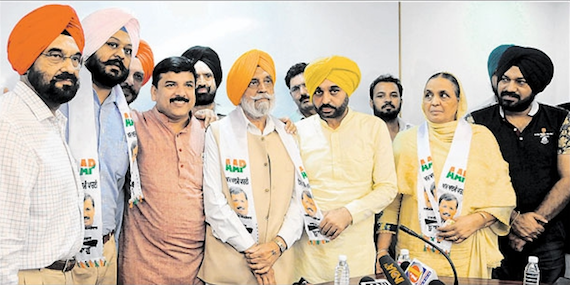 Tohra Family being welcomed to AAP by party leaders during press conference at Sector 36, Chandigarh (on August 30)

I wish I had known about Harmail Singh Tohra’s involvement in the unfortunate attack on AAP MP, Dr Dharamvir Gandhi in 2014 Lok Sabha polls. I would have opposed his entry. Now this person must publicly apologise for his role in the attack. Besides, he should prove that he is committed to AAP’s strategy before being made a candidate for any polls. Obviously, we need to be more careful in inducting people left and right and broad-base the screening process for the same.