These victories mark another win from the nation’s largest employer, the Department of Defense. However, we continue to advocate for the goal of a permanent policy change for all Sikh soldiers, as no one should have to choose between their religion and service to our nation. 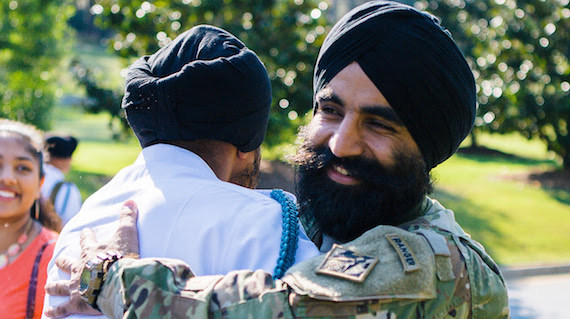 “The DOD’s case-by-case accommodation process is arbitrary and burdensome, and it must lift its discriminatory ban,” said the Sikh Coalition’s Legal Director, Harsimran Kaur.

“I am pleased that Specialist Cheema, a native of Bothell in my congressional district, has been granted a religious accommodation and will be allowed to serve our nation. Sikhs should be able to serve in the military and retain their religious freedoms. I hope the Department of Defense will end its burdensome, case-by-case accommodation process and issue a new policy that treats religious minorities as equals,” said Congresswoman DelBene, who represents Washington State’s 1st Congressional District.

In concert with co-counsel, the Sikh Coalition will continue to zealously advocate on behalf of the recently accommodated soldiers to remove discriminatory monitoring and reevaluation provisions that leave open the possibility that the accommodations could be rescinded at any time.