New Delhi: People’s Union for Civil Liberties (PUCL) expresses its strongest sense of outrage and condemnation for the killing of about 39 members of the CPI (Maoist) party and other Adivasis near Balimela reservoir in Malkangiri district of Odisha close to the Odisha – AP border on 24th October, 2016. Though the police claim that the killings were a result of a sudden encounter and resultant fire-fight, all the available circumstantial information indicates that there is sufficient ground to disbelieve the story put forth by the police and Government. All the tell tale signs of a false encounter killing lend weight to the allegation that many of the killed Maoist leaders were actually apprehended previously, shot in cold blood and a fake encounter episode fabricated to explain the killing of all persons allegedly involved. Torture marks are also said to have been seen on the bodies of those killed. 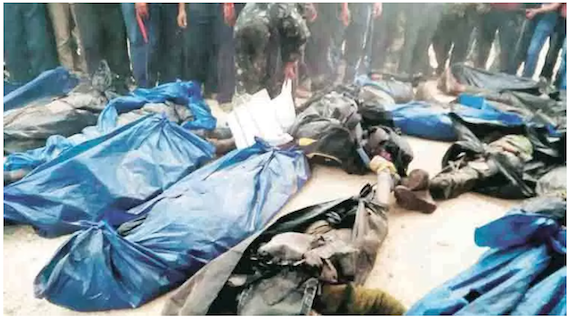 This incident raises yet again substantiates very worrying trends noticed in the response of security forces in conflict areas:

Politics of annihilation, capturing no militants: Subversion of Criminal Justice System
A noticeable feature of this encounter killing, as in many other recent killings, is that the security forces end up eliminating or killing all members of the alleged militant group claiming that there was no alternative. Such practice of eliminating all militants is resorted to leave no eye witnesses to the fake encounter alive. This unbridled power exercised by the security forces with the connivance / complicity of the State or Government has substantially criminalised the security forces dealing a death blow to the rule of law and criminal justice system.

Police Impunity, lack of accountability of security forces and Complicity of State – Failure of Constitutional governance:

The Malkangiri killings once again strongly points out to the sense of impunity and the lack of accountability with which the security forces operate in the country. Very disturbing is the role of the State or Government in ensuring strict compliance with the Indian constitution on the part of the security forces lending weight to the allegation that they are complicit with the subversion of rule of law and constitutional governance.

The latest proof of state complicity in lawlessness of security forces and the false staging of encounters and actual commission of violence against uninvolved villagers came in the Supreme Court when in October, 2016, the CBI filed a chargesheet in the Tadmetla arson case (of 2011 in Chhattisgarh) implicating 323 Special Police Officers (SPOs) / Policemen as well as 114 personnel of COBRA and 30 personnel of CRPF as having participated in operations in Morpalli, Tadmetla and Timapuram villages of Chhattisgarh resulting in the killing of 3 men, rape of 3 women and burning down of over 250 houses between 11th to 16th March, 20111 and attack of Swami Agnivesh when he went to deliver relief supplies on 26th March, 2011. The police and Chhattisgarh government had in 2011 strongly refuted involvement of security forces in violence on villagers and instead continuously alleged that it was the Maoists and villagers themselves who had burnt down the houses.

The truth has been exposed now thanks to the independent investigation by the CBI having been ordered by the Supreme Court of India into the Tadmetla incidents. It will be useful to note that the CBI investigating team itself met serious threats and intimidation from the state police while completing investigations.

PUCL demands that the guidelines given by the Supreme Court in `People’s Union for Civil Liberties vs State of Maharashtra’ case (2014) should be enforced without exception. The mandate of law requires that in every instance of encounter killings a FIR has to be registered and investigated by independent police agency.

Considering that the Special Police forces of the 2 states, Odisha and AP, have been involved in the alleged encounters and the continuing allegation that the state governments in both states have supported and ensured impunity and immunity enjoyed by the police from investigation, there are enough grounds to feel that independent, impartial and credible investigation cannot be done by the police forces themselves into the encounters.

(i) that a Judicial enquiry be initiated headed by a sitting Supreme Court or High Court judge into the killings so that the truth of the killings can be brought to light.

(ii) A FIR should be registered into the encounter killings, providing the names of all security personnel involved, as required by the SC judgment in PUCL Case 2014.

(iii) The Government of AP and the AP State Police should comply with the Orders passed by the AP High Court on 31st October, 2016, to immediately produce before the Court, Ramakrishna @ Akkiraju Hargopal @ AK, Gaajarla Ravi and 9 others who are supposed to be in the custody of the AP Police since the 24th October incident and ensure that their personal safety, life and well being are protected.