SGPC Members Stage Walk Out against inaction on Beadbi Incidents

Amritsar: As per media reports, the Shiromani Gurdwara Prabhandak Committee (SGPC) members belonging to the Tohra faction reportedly walked out of the general house of SGPC held at Teja Singh Samundari Hall yesterday soon after the announcement of Kirpal Singh Badungar’s name as the new president of SGPC.

“Those who walked out of the house included former general secretary Sukhdev Singh Bhaur and Bibi Kuldeep Kaur Tohra”, notes The Tribune (TT)/ 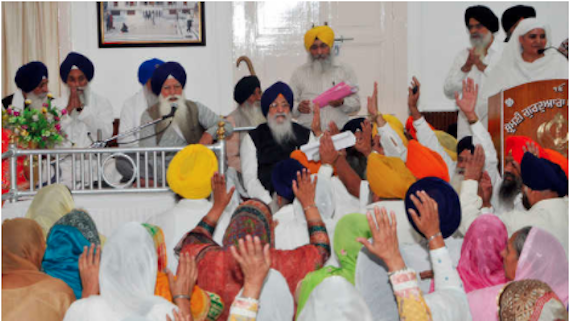 “We had questioned SAD (Badal) president Sukhbir Singh Badal about the fate of probe into the Beadbi incidents. Being the Home Minister of the state it was his responsibility to ensure strict action against the culprits. Instead, there has been no let-up in such incidents. Most SGPC members are dedicated to a single individual (Sukhbir), not to the Sikh principles. Nobody raised any serious issue with him. That’s why we boycotted the meeting,” they reportedly said.