California: Sikh Community in California are celebrating Sikh Awareness and Appreciation month this November  in the state legislature, public schools, various cities, and even with the Los Angeles Clippers basketball team. 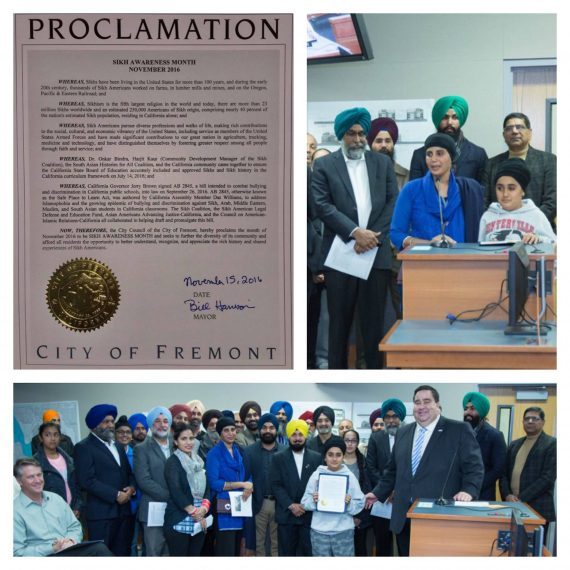 The history of the Sikhs in California dates back to 1899 when they first entered the state through  Angel Island, according to the resolution. The first Sikh temple in the United States — Sikh Temple Stockton — was founded in 1912 in Stockton, California.

”As an attorney, activist, and Community Development Manager for the Sikh Coalition, I feel it is imperative for the California community to actively organize and participate in local activities this month,” Harjit Kaur, The Sikh Coalition’s community development manager, told NBC News. “Now more than ever, it is important to show solidarity amongst our diverse communities and to celebrate our collective contributions to the history of California.”

While giving the statement one of the attendee Jagdeep Singh said”It’s incredible to see Sikh Awareness Night celebrated by the LA Clippers and across the state of California.”

Apart with celebrating Sikh Awareness and Appreciation month, The Sikh Americans have been organising Sikh awareness and bullying prevention presentations for schools and libraries, as well as working with local city council members and school boards.