Ahead of Punjab Polls Politicians of AAP, Congress, Badal-BJP line up before Deras

Chandigarh: Ahead of the state assembly elections, leaders from all major parties in Punjab are lining up before deras, including Dera Sauda Sirsa (DSS) to seek votes of dera followers.

SAD (B) leader Parminder Dhindsa had met the dera chief on Thursday evening. As per media reports the dera had backed the Congress in 2007, but did not give a clear signal to its supporters in 2012.

However, most of them claimed to be “regular” visitors to the dera, saying that their visit had nothing to do with the upcoming elections, notes a report in Hindustan Times.

Parminder Dhindsa reportedly told Hindustan Times that he had visited DSS for the ‘Ru-Ba-Ru’ programme. “There is nothing political about my visit,” he reportedly said. 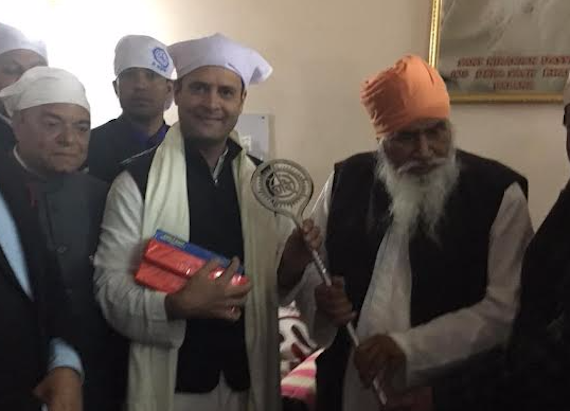 During his visit to Punjab on Saturday (Jan. 28), Congress party leader Rahul Gandhi visited Dera Ballan – a sect in Doaba region of Punjab to seek its support for the Congress party.

Sikh body Dal Khalsa has slammed politicians visiting the dera which as per the organization amounts to ‘backing the controversial sect and it’s even more controversial chief’ in violation of edict of Akal Takht Sahib. 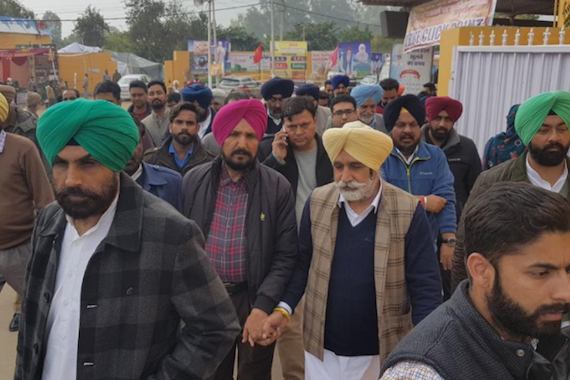 Sikrandar Maluka has track of making controversial moves inviting outrage from Sikh circles. He had denounced the call of Akal Takht Sahib to observe ‘black Diwali’ in 2015 in wake of repeated incident of beadbi of Guru Granth Sahib. He had also accommodated Hindutva elements who distorted Sikh Ardas during a function at Rampura in Malwa region.

“A person who is Sikh by religion, even if he is member of any political group, violates the edict of Akal Takht Sahib if he visits Dera Sauda Sirsa as its dera chief”, said Kanwarpal Singh. Notably, the dera chief had personified himself as Tenth Sikh Guru, Guru Gobind Singh ji in 2007 after which an edict was issued by Akal Takht Sahib against Dera and its chief.