Chandigarh: As per media reports a scuffle took place between supporters of Hindutva students wing Akhil Bhartiya Vidyarthi Parishad (ABVP) and the campus based Students for Society (SFS) near students centre at the Panjab University (PU) campus on Monday (Feb. 27). The clash ensued while an SFS member criticised the supporters of the ABVP for Ramjas College (Delhi) episode. After the incident the police rounded up eight supporters, four each from the ABVP and the SFS, from the university. 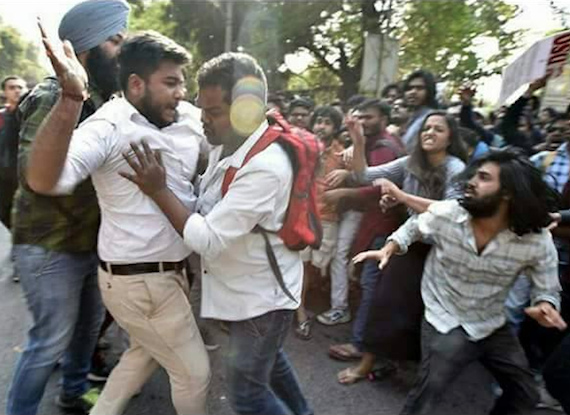 Notably, the SFS had organised a protest at the PU on Saturday and quoted an NHRC report on an incident of rape of 16 tribal women by the members of Indian security forces in Chhattisgarh. The ABVP had organised a protest against the SFS and other Left organisations on Monday alleging that they had shown the Indian Army in poor light during their protest on Saturday. 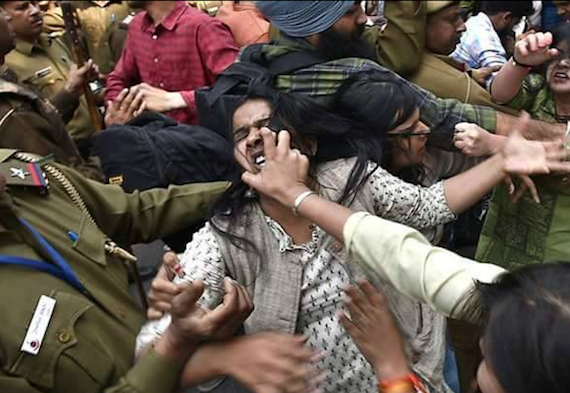 According to The Tribune (TT), the supporters of both student parties had a heated argument at the PU during a protest held by the ABVP against the SFS alleging that it had used derogatory remarks against the Indian Army during a discussion on the campus.

Later, both parties raised slogans against each other at the Student Centre. The PU security staff intervened, but failed to control the situation following which the police were called. 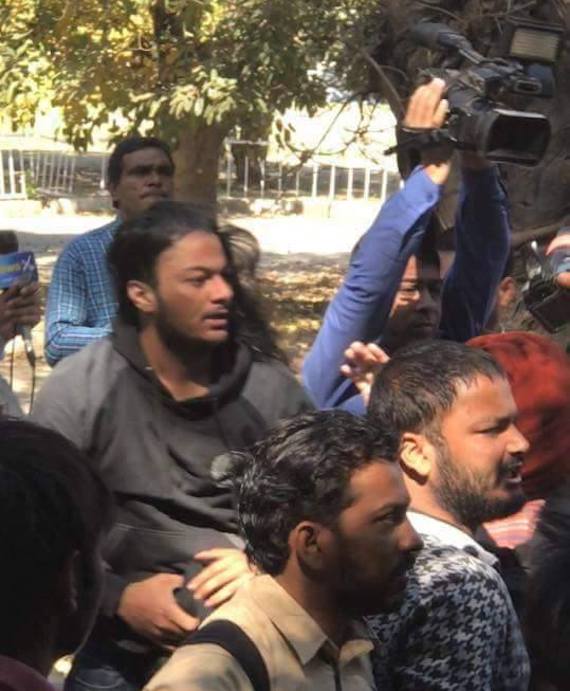 ABVP members alleged that its woman supporter was manhandled by the SFS. However, the SFS claimed that a woman supporter of the party had tackled the ABVP supporter, who tried to enter into a scuffle.

“We condemn the violence by the SFS. The police have arrested ABVP members Harmanjot Singh, Saurbh Kapoor, Kushal Kondal and Akshay,” said Harmanjot Singh of the ABVP. 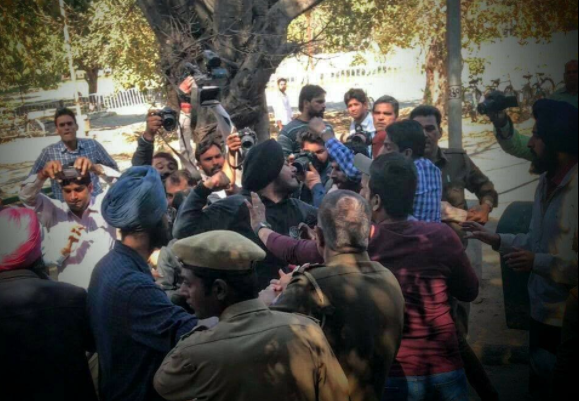 “After the JNU and the DU, the ABVP today tried to impose its pseudo nationalist agenda in the PU and demonstrated against the SFS. After the demonstration, a local journalist invited the SFS for a talk. While the journalist was conversing with members of both student parties, ABVP ‘goons’ showed their true face and started using abusive language,” said Daman of the SFS.

A statement posted by SFS on it’s Facebook page reads:

On Saturday, #SFS organised a Protest demonstration against ABVP’s hooliganism in Ramzas college. During that demonstration citing a NHRC report on incident of rapes of 16 tribal women by security forces in Chhatisgarh, a speaker argued that such issues should be raised in universities. ABVP acts as a tool in the hands of Modi govt.to suppress the voices of dissent in universities. After JNU, HCU& DU, today ABVP in PU tried to impose their pseudo nationalist agenda in the campus and demonstrated against SFS. After their demonstration media persons invited SFS for the bite. While the media persons were taking bites from both sides then ABVP goons showing their true face started using abusive language and hooliganism. During the quarrel SFS member’s turban was forcefully removed. Till now Ramanpreet Singh, Ravinder Singh, Gurpreet Singh and Ramanpreet Singh are under police custody in sector-11 PS.

SFS appeals to all the students and teachers to fight against the hooliganism of fascist forces like ABVP.