London: Following the success of #350sikhwomen in January largely focused on Sikh women in the UK the Sikh Network are now highlighting Sikh women from across the globe. One Sikh woman each day for the next 350 days. With the campaign ending just before International Women’s Day on 8th March 2018.

In January this year, following the 350th Parkash Utsav of the Tenth Sikh Guru, Guru Gobind Singh Ji, the Sikh Network launched the #350sikhwomen campaign. The campaign was a resounding success. Engaging members of all communities across the UK and abroad in celebrating #350sikhwomen in various walks of life. Starting with celebrating Sikh Women in history, the campaign progressed to recognise Sikh women in the UK in different fields including charity, politics, media and entertainment; education, business and the professions; armed forces and the police; sport; music and arts; human rights and public services. 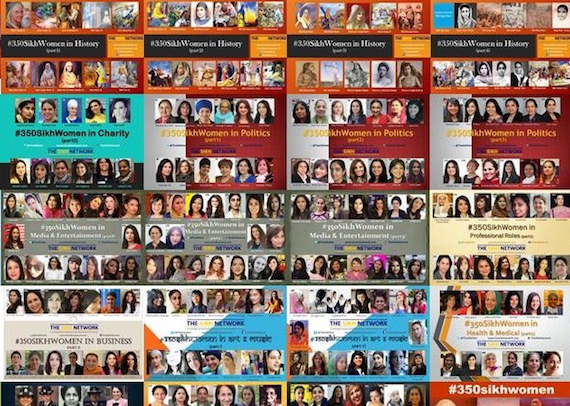 Women from the campaign were interviewed on KTV channel 858 and during several events in the UK in conjunction with prominent organizations such as the EY Sikh Network. Sikh women took to the stage to share their inspiring stories and celebrate their achievements with diverse audiences.

The campaign gained such traction that there were calls from across the globe, particularly from India and the USA to also give focus to women outside the UK.

Councillor Preet Kaur, Sikh Network advisor said: “Following the hugely popular #350sikhwomen campaign we received high demand to recognise Sikh women across the world. We firmly believe that we have a core responsibility to champion Sikh women internationally. It is an absolute must that we work together with our counterparts across the world in raising profiles of Sikh women who have and are making valuable contributions to the international community.”

This is the reason for taking the #350sikhwomen campaign global. Starting today, the Sikh Network will be recognising one Sikh woman each day for 350 days. The campaign will begin in Canada and move across the globe visiting the USA, India, Malaysia and Australia, ending just before International Women’s Day on 8 March 2018.