The Sikh Coalition said in a press release that [t]his intensive, week-long workshop (May 21 – May 26, 2017) in Washington, DC will train approximately ten outstanding individuals on the same advocacy techniques used by the Sikh Coalition to build grassroots movements and achieve justice.

“These trainings then empower individual Advocates to go back to their communities and drive local media, policy and Sikh awareness initiatives. Since 2011, 55 Advocates have led or engaged in 200 advocacy initiatives across the United States”, reads the statement. 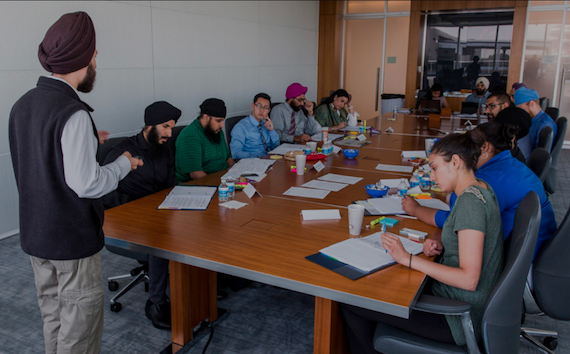 “Successful applicants will have all expenses paid for their training, including meals, travel and hotel accommodations, as well as an opportunity to visit congressional offices on Capitol Hill. In return for the training, Sikh Coalition Advocates agree to initiate advocacy efforts in their communities for the following year”.

“The Sikh Advocate Academy taught me how to be a more engaged citizen and it empowered me to pursue positive local change through community, government and media engagement,” said 2015 graduate Aasees Kaur. “I now use these skills on a daily basis, and I’m thankful to have been part of this transformative program.”

After the initial deadline, qualified applicants will be invited to participate in our second application round. Please note that we can only accept applications at this time from residents of the United States who are at least 18 years of age.