Categorically, both the authors have looked for enemies within the Punjab but miserably failed to identify enemies of Punjab and Sikhs in neighboring states and amongst the minions of the Indian state still playing ping-pong on Punjab rights issues and the drug abuse problem said Kanwar Pal Singh, whom KPS Gill in his book calls the Dal Khalsa’s principal point man in Punjab. The “Butcher of the Sikhs” has spun not just half-truths but lies galore, he adds. 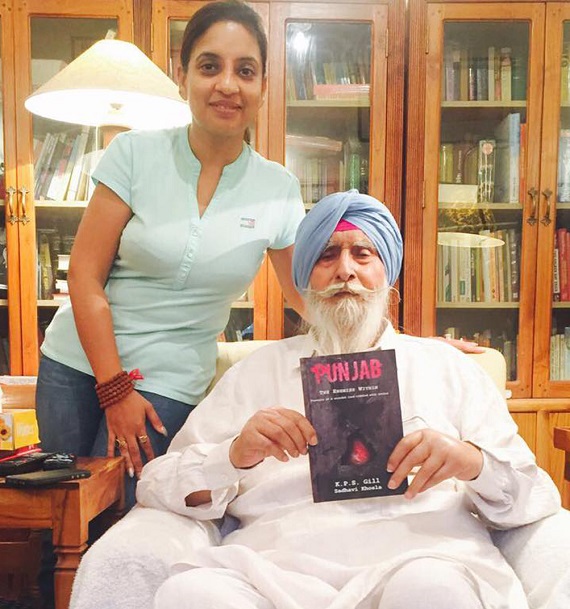 KPS Gill has targeted me for having association with subversive elements without providing any proof, as what he says is nothing but gospel truth, said Dal Khalsa Spokesman Kanwarpal Singh.

Leveling serious allegations, KPS Gill claims that under Gajinder Singh, Dal Khalsa tried to float a joint platform with the militants of Kashmir in 1997-98. This is figment of his police imagination responded Kanwar Pal. The 47-page chapter penned by former DGP is mainly one-way traffic.

Mirroring the New Delhi mindset whom he represented fully as a “Subedar of India” in Punjab, KPS Gill viewed and handled the Punjab conflict as a law and order problem. Throughout his writing, he refuses to recognize the indigenous character of the struggle and alleged Sikh freedom-fighters for acting on behalf of Pakistan and its Inter-Service Intelligence”.

Furthermore, while pointing out major  gaps, he said the ex-DGP’s publication is without ground work, verification and proper historical correctness. While he takes sadistic pleasure in tarnishing the ethics of militants, he remains silent on his openly known love for wine and women, sometimes even in full public view.

While Rubbishing KPS Gill’s claims linking Sant Jarnail Singh Bhindrawale’s emergence on the political canvass of Punjab as a Congress mischief, merely aimed at undermining the political base of Akali Dal, he said Santji attained martyrdom in the true spirit of Sikh tradition. Santji’s  quest for martyrdom was clear from day one and anyone who dies for a noble and just cause cannot be a plant of someone else. 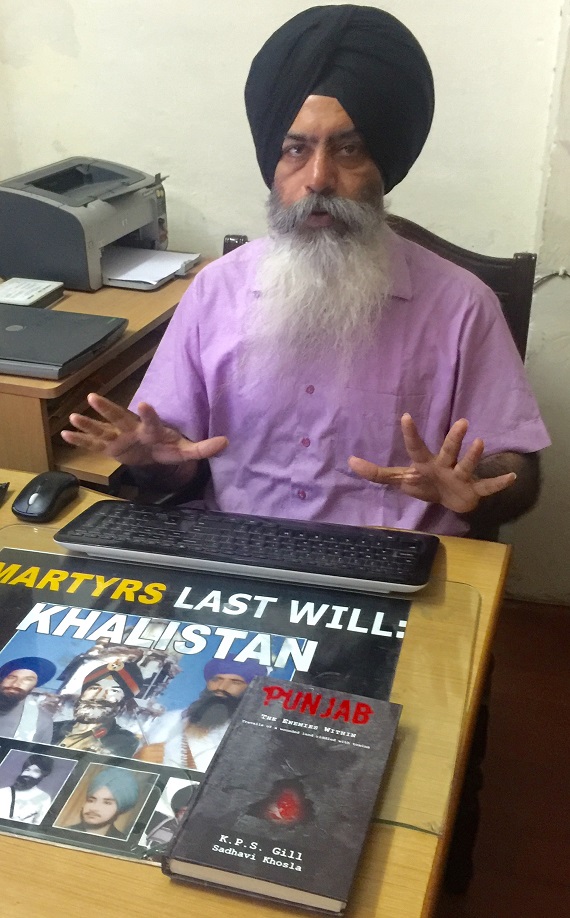 He has outrightly tried to distort the genesis of the conflict. He further reduces the cases of excesses to a personal level by saying that there were some stray incidents of violations by individual cops and that courts have punished them. He even termed the abduction and subsequent elimination of well-known rights activist Jaswant Singh Khalra as one of the limited and individual irregularities that occurred.

Not in a mood to accept the blame for human rights violations by the Punjab police, KPS Gill took refuge in divergence of numbers cited by different Sikh advocacy groups. Numbers are important but the life of even individual is more important than any of the misguided logic of Gill put together, Kanwarpal Singh further added while expressing his opinion.

Apparently, the co-author Sadhavi Khosla dwells on the drug menace but has courted controversy by shamlessly justifying the assault on Darbar Sahib -Operation Bluestar, which she thinks helped the state to prevent the formation of Khalistan. “This stems from her lack of knowledge, insensitivity towards Sikh faith and a pathetically narrow approach. She has perceived the genesis of Punjab conflict through the prism of KPS Gill”, said Dal Khalsa spokesperson.