Chandigarh: Amid of a  stern warning from China, India went ahead and allowed Dalai Lama to visit Twang region of Arunachal Pradesh which China considers as ‘South Tibet’. The move has invited a strong protest from the Chinese foreign ministry on Thursday. Notably, Chinna had protested the Dalai Lama’s Arunachal Pradesh visit both in New Delhi, through its envoy, and in Beijing, where India’s Ambassador Vijay Gokhale was summoned.

Whereas, there is huge hue and cry in the Indian Media in relation to the editorial published in the China’s state run Global Times a mouthpiece of the ruling party in China, on the other hand the India media is reporting the issue from the perspective of  stating the visit to be an internal matter of India. 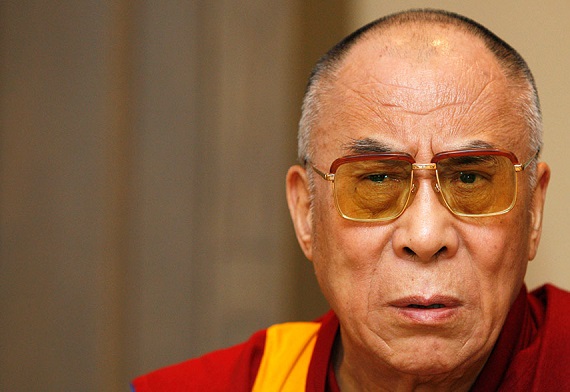 While claiming that India is using Dalai Lama as a diplomatic card and a deterrent against China since he fled from Tibet the Chinese ministry further stated that “When India emphasizes the relationship with China, it would place a tight control on the Dalai. When it has a grudge against China, it may prompt the Dalai to play certain tricks as a signal sent to China, New Delhi takes a stance that opposes the Dalai Lama engaging in anti-China activities on the soil of India; however, it has long attempted to use the Dalai Lama as a card”, reads a quote published in the its state run English vernacular.

Furthermore, the main reason for this act is being attributed with the fact that “Recently, India has been strongly dissatisfied with China for not supporting its membership bid to the Nuclear Suppliers Group. Its request to name Masood Azhar, head of Pakistani militant group, to a UN Security Council blacklist was disapproved by China, resulting in some Indians calling for a boycott of Chinese goods. The Dalai’s visit to Arunachal Pradesh this time is seen as New Delhi using the monk as a diplomatic tool to put pressure on China,” reads a quote in Global Times (GT).

Categorically, its is maintained by the Chinese media that Dalai Lama is a highly politicized symbol in China’s diplomacy. For any country, its attitude toward the Dalai Lama almost affects the entire relationship with China. The West has fully recognized the nature of the Dalai as a diplomatic card and is extremely prudent in using it. When the Dalai travels to the capital of a Western country, who will meet him, when and where would be carefully weighed.

Before this trip, the Dalai Lama was received by Indian President Pranab Mukherjee in December. At a time when the Dalai has been given a cold shoulder in many places of the world, New Delhi is bucking the trend and treating him as a favorite.

Media while further reporting on the issue quoted the foreign ministry saying that New Delhi probably overestimates its leverage in the bilateral ties with China. The two countries in recent years have continuously strived to improve their relationship and the peace on the border area has been maintained. India has benefited from the good momentum of bilateral relationship as much as China. If New Delhi ruins the Sino-India ties and the two countries turn into open rivals, can India afford the consequence?

“China considers India as a friendly neighbors and partner. China has never provoked bilateral disputes or made any pressing demand on India over the Dalai Lama. New Delhi should respond to Beijing’s goodwill with goodwill.”