Chandigarh/ Ontario: The historic Sikh Genocide 1984 Motion was passed by Ontario Provincial Parliament on April 6 extending official recognition to the fact of Sikh Genocide of 1984. The move has upset Indian state and its supporters in the Canada. As per media reports an official of India’s Ministry of External Affairs attempted to undermine the move saying that ‘they (Indian government) reject “misguided” motion”.

Ministry of External Affairs spokesperson Gopal Baglay said, “We reject this misguided motion which is based on a limited understanding of India, its constitution, society, ethos, rule of law and the judicial process”.

“Our views have been conveyed to the government and political leadership in Canada,” he added.

“This motion, if adopted, will seriously hurt Canada-India relation”, said the pro-Indian State group in its letter. 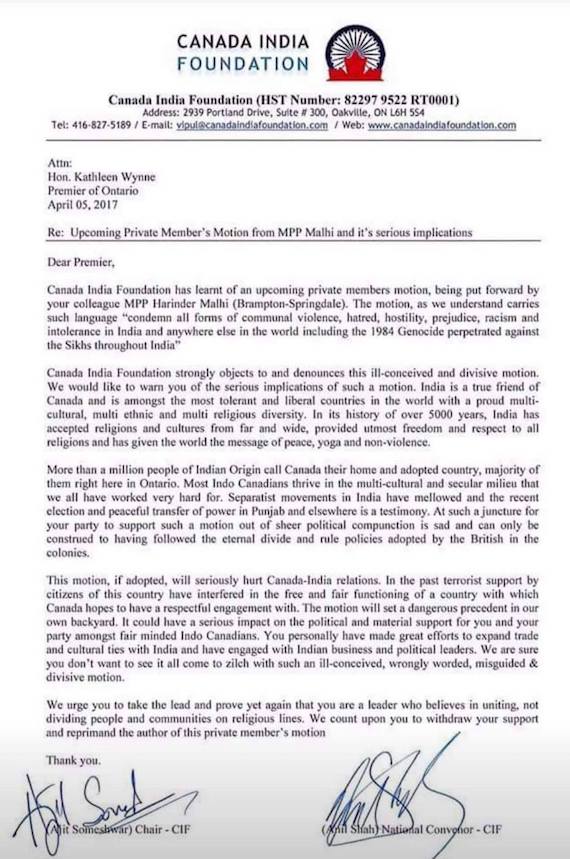 A copy of letter by Canada India Foundation | Source: Facebook