As per a media reports the students held a meeting at Akal Takhat Sahib in Amritsar today and later issued a written press release making announcement to remove Karnail Singh Peer Mohammad from his post. 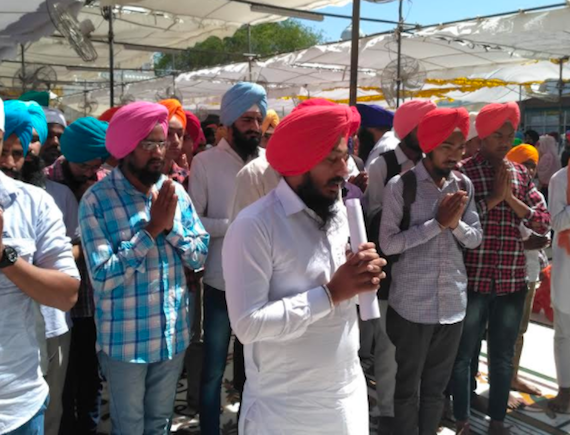 Anmoldeep Singh and others performing Ardas at Akal Takht Sahib

The written statement issued by the group reads as follows: