New York, NY: A release by the Sikh Coalition states that on April 14 (Friday) 50 bipartisan Members of Congress joined the Sikh Coalition to celebrate Vaisakhi by sharing over 60 social media posts that reached a potential nine million Americans.

“The #Vaisakhi campaign trended on Twitter throughout the day, and for many congressional offices, it was the first time they had ever publicly celebrated Vaisakhi with their constituents”, reads the release.

It further states that [t]he successful initiative that reached a potential audience of nine million Americans is part of the Sikh Coalition’s multi-year media and communications plan. This work is successfully raising Sikh awareness and reaching millions of Americans in a sustainable and cost-effective way. 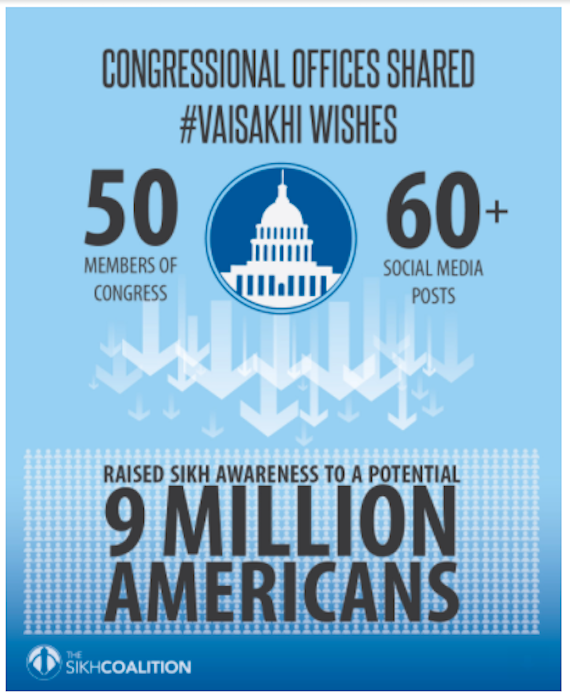 In 2016, the Sikh Coalition reached a potential 150 million Americans by averaging nearly 300 news stories a month in local and national media markets while facilitating groundbreaking broadcast segments on CBS Evening News, The Daily Show and CNN.

“As this exciting work continues in 2017, we look forward to sharing many more successful Sikh awareness initiatives like our 2017 #Vaisakhi campaign”, said the Sikh Coalition.