Chandigarh: “Instead of rejuvenating and strengthening the Punjab unit of AAP, the manner of its reorganisation yesterday could end up weakening it,” AAP MLA from Kharar Kanwar Sandhu reportedly said. 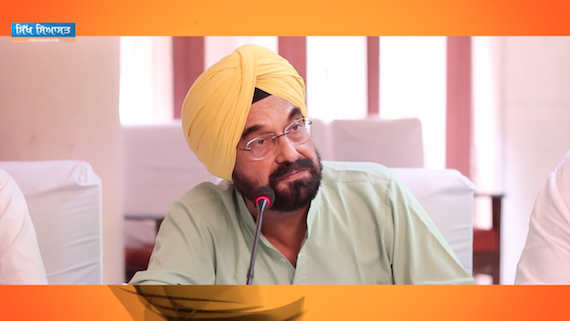 The statement is being seen as his reaction to the appointment of Bhagwant Mann and Aman Arora as convener and co-convener, respectively, of the state unit.

The Tribune (TT) states that while talking to it over telephone Kanwar Sandhu said that Monday’s exercise should have been preceded by an honest stocktaking, fixing of responsibility and introspection on the party’s performance in the Punjab polls. “And this should have been done by MPs, MLAs and old volunteers within and outside Punjab.”

“Reorganising the party by merely changing ‘horses’ without any introspection amounts to repeating the mistakes that resulted in the party’s debacle in the Assembly poll,” he further added to his statement.

“What is worse is that we have gone ahead with the reorganisation without listening to the overseas and NRI units whose support was overwhelming. Many of them have met me in Toronto and expressed their disappointment. This does not augur well for the party,” he said.

“I remain committed to the party, but it is important to speak one’s mind. I hope I am proven wrong in the coming months,” Kanwar Sandhu further added.