Chandigarh: Hindi films actor and a Member of Indian Parliament Paresh Rawal made a controversial statement over Twitter last nigh in which he said that instead of a stone pelter, eminent author, intellectual and political activist Arundhati Roy should be tied to an army jeep.

He is statement is with reference to an incident where an Indian Army’s Major used a Kashmiri youth as human shield by tying him in front of Indian Army’s jeep. 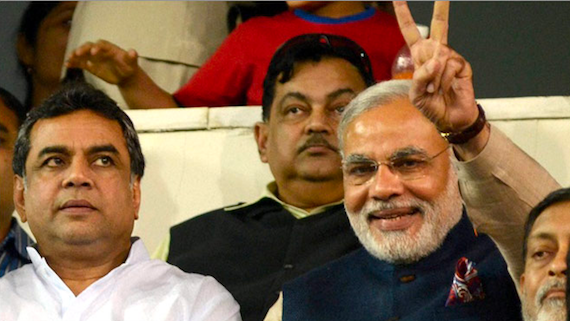 Paresh Rawal became a Member of Parliament (MP) from the Ahmedabad East constituency during the 2014 Lok Sabha elections on Bharatiya Janata Party’s ticket.

Instead of tying stone pelter on the army jeep tie Arundhati Roy !

The BJP in coalition with Peoples Democratic Party is currently in power in the Jammu and Kashmir.

Arundhati Roy became a household name in 1997 when her novel The God of Small Things won the Man Booker Prize for Fiction.

She is a vocal political activist, often highlighting human rights issues within the country and beyond, and is disliked by Hindutva supporters.

Her new novel, The Ministry of Utmost Happiness, is expected to hit stands and bookstores next month.