Chandigarh:  Pro-freedom Sikh group Dal Khalsa here today slammed the section of political class and the media for eulogizing the deeds and actions of former Punjab DGP KPS Gill saying that they were wittingly or unwittingly legalizing (justifying) the Indian state terrorism.

Group’s spokesman Kanwar Pal Singh said personifying the person who once considered law unto himself and presenting him as a ‘role model’ is a dangerous precedent. 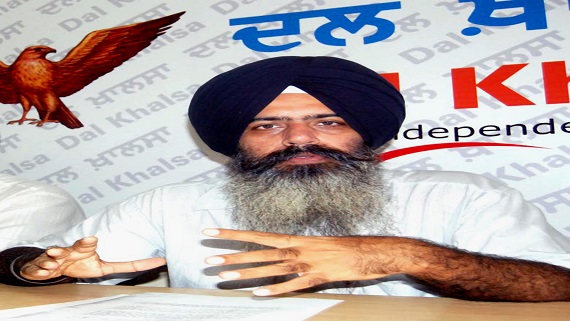 Furthermore, he regretted that with his death the controversial cop Kanwar Pal Singh Gill has escaped the so-called long arm of law for committing gross human rights violations and inflicting inhumane atrocities on non combatant Sikh civilian population courtesy his political mentors. The advocacy rights groups didn’t succeeded in putting him on trail, which will haunt the community in general and victims of state repression in particular, he adds.

“Those politicians and media persons, who were endorsing Gill’s so-called terror tactics as means to curb militant related violence have erred in realizing that there’s no comparison between actions of rebels and those who claims to be custodian of law”.

KP Gill showed scant respect for rule of law. During his stint as police chief, killings of youth by legal or illegal means were order of the day, he stated.

How can one justify fake encounters, enforced disappearances, use of renegades (cats) to carry out killings of rights activists and sympathizers of the movement by Gill and his “boys”, asks interrogative Kanwar Pal Singh.

Moreover, the the Sikh history will record KPS Gill as a ‘butcher’, who was used as a ‘tool’ by the Indian state to slaughter his own people. He wondered how could a person who has committed a crime against a section of population rest in peace.