Chandigarh: According to a written statement issued by Shiromani Akali Dal (Badal) it was decided during the Core Committee meeting of the party to approach the Speaker of the Punjab Vidhan Sabha as well as the chief minister of Punjab to ensure the house does not make obituary references to former Punjab DGP KPS Gill tomorrow (on June 14). 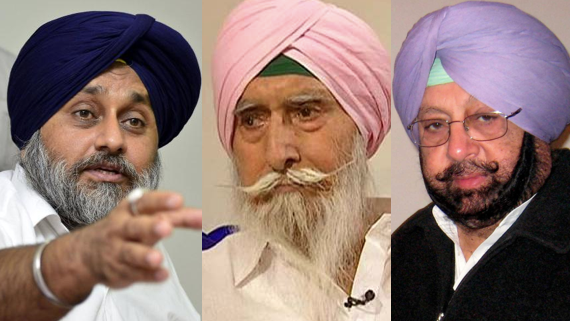 “The SAD president Sukhbir Singh Badal noted that KPS Gill had indulged in numerous human rights violations during his tenure as DGP of Punjab. He said hundreds of Sikh youth had gone missing and had been murdered in false encounters under the leadership of KPS Gill. He said even chief minister Capt Amarinder Singh had recently cited a case saying 21 Sikh youth whom he had got surrendered using his good offices in 1991 had been eliminated by the Punjab Police. He said in the light of this as well as other evidence about the role of KPS Gill in Punjab it would not be appropriate to include his name in the obituary references tomorrow”, reads the statement.

The statement is surprising because the Shiromani Akali Dal (Badal) itself does not hold any impressive record in cases of acting against the human rights abusers. The SAD (Badal) government had protected infamous Punjab police cop and former Punjab DGP Sumedh Saini in the Supreme Court of India in a case related to gross human rights abuses in Punjab. The move though seems to be motivated from political interests of SAD (Badal) has once again put on record that KPS Gill was a mass human rights abuser and there were systematic and widespread abuses of human rights in Punjab during 1980s-90s.