Hoshiarpur: The pro-freedom Dal Khalsa here today stated that by offering obituary to infamous cop KPS Gill in the Vidhan Sabha budget session, the legislators have insulted the emotions of Sikhs of the state and rubbed salts on the simmering wounds of victims of the state repression and rights abuses. 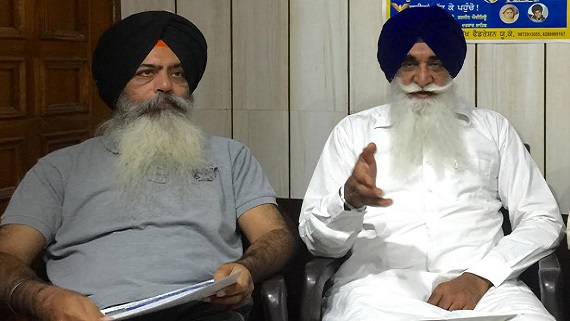 By offering tribute in the Vidhan Sabha to the person who never followed or worked within the ambit of rule of law, the present day government has legalized the state-terrorism, they said.

Taking a dig at the AAP, they said by not staging a walkout from the session, Advocate H S Phoolka and his colleagues have nullified all their good work done on human rights front. It’s more or less proved that Congress, BJP, AAP are feathers of the same flock.

They appreciated the Badal Dal and Lok Insaaf Party for taking a stance and staging walk out in protest. Very rare SAD (Badal) live upto Sikh expectations and today was one such rare moment”, said both.

Slamming Amarinder Singh for his insensitivity towards Sikh issues, they said Amrinder Singh went to see ailing Butcher KPS Gill and later on attended his bhog ceremony too. The people of the state took both the acts of Captain as ‘affront to Sikh sentiments’. However, going to the extent of offering obituary to the killer of Sikh youth in the Vidhan Sabha, the legislators led by Chief Minister and leader of the opposition has justified fake encounters, enforced disappearances and inhuman tortures by cops under KPS Gill.