Chandigarh: In a stern message directed towards India, China has reportedly said that People’s Liberation Army (PLA) have been waiting patiently at Doklam but will not do so for an indefinite period. A report in the Indian Express says Beijing has conveyed this message to foreign diplomats.

The report further ads that a few diplomats have conveyed this message to Indian counterparts in Chinese capital and Bhutanese counterparts in New Delhi. It has been learned that foreign diplomats were briefed about ongoing standoff during a closed-door briefing last week. China has also informed some of the G-20 countries about the situation, the report says.

Last month, Indian Army blocked Chinese road works in Doklam and have since been in a faceoff with PLA troops. Beijing wants Indian troops must pull back. It has categorically said that the dispute was between China and Bhutan but the Indian soldiers have jumped in. 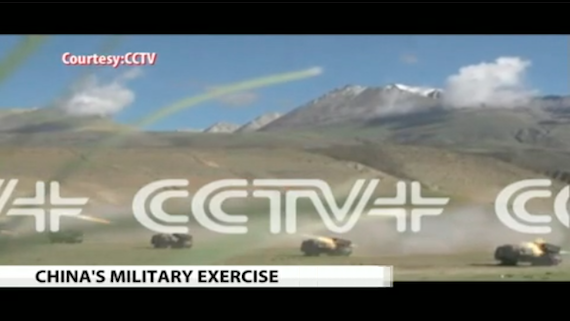 China is insisting that India’s withdrawal from Doklam was a precondition to any meaningful dialogue.

A diplomat from one of the P-5 (permanent members of the UN Security Council) countries, told The Indian Express that their colleagues in Beijing attended the briefing and were given the impression that the Chinese side will not be waiting for an indefinite period. “This is quite worrying, and we have conveyed it to our Indian colleagues in Beijing and Bhutanese colleagues in Delhi,” the diplomat was quoted as saying IE.

On the other hand, India has maintained that both the governments had reached agreement in 2012 that the trijunction boundary points between India, China and a third country will be finalised in consultation with the country concerned. “Any attempt, therefore, to unilaterally determine trijunction points is in violation of this understanding,” the Ministry of External Affairs said in its statement.

The Chinese also have conveyed diplomats that they have strong evidence to prove that Doklam belongs to them.

Indian government recently held a meeting with the opposition leaders to discuss the standoff with China. In a statement issued after a three-hour meeting MEA spokesperson said, participants stressed the “importance of India and China to remain engaged through diplomacy.”