Inspiration Behind “The Black Prince” [Op-Ed]

For far too long Sikhs have complained that our history has been distorted and misrepresented by the British. The period of our history relating to the Sikh Raj, its fall and the life and times of Duleep Singh is perhaps one of the foremost examples of this. The motivation behind the Black Prince was simply to show the reality of his tragic life through direct research and to counter the character assassination which the British government had carefully planned and executed. All the gossip about him was always seen as being absolutely true without any understanding of the motivation of the Imperial force.

As far as the ludicrous accusation of some Indian based racist bias in the casting of Bamba Mueller, the Casting director Nicci Topping made the choice based on research and comparison of original photographs. The images below illustrate the likeness in terms of eyes, lips, forehead and nose is very striking. Let us not forget she was of mixed race and it’s quite obvious that her father’s complexion seems to be the more dominant one that was German.
This film does not claim to be the final word on the topic and to portray it as having such intentions of influencing perceptions is sheer nonsense. It is the manifestation of some people with their own views and aspirations to bring to the screen the blemished and ultimately tragic life of the last Ruler of Punjab. Is it being suggested that because he was imperfect we should disown him? 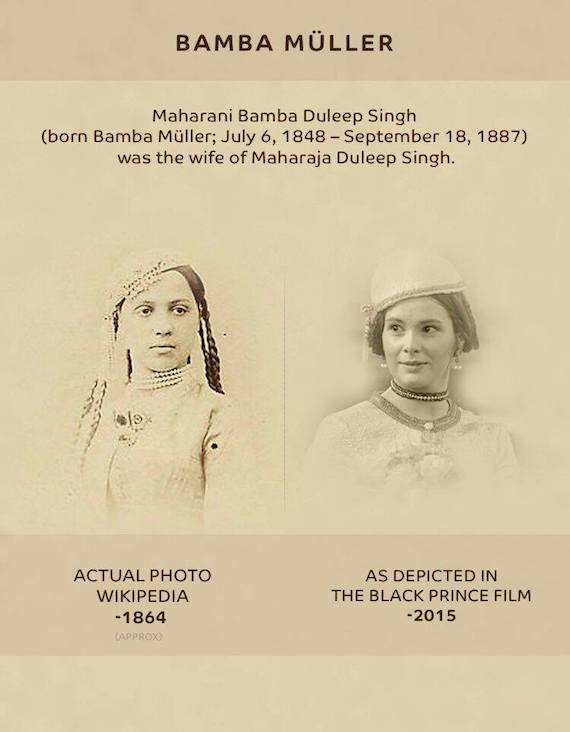 What were the circumstances under which he wrote his last will? Did he know where he would die? Were his sons not keen to get a reconciliation with Queen Victoria so they could inherit his title and whatever scant privileges that went with it? How can we ignore his last correspondence with Arur Singh in which Duleep states that even after his death he would not be allowed to go to Punjab? In the same exchange he talks about being buried where he dies, not because he wants to die in Paris but because he knows the British will not allow him to enter the land of his forefathers. It was a sort of acceptance of the hopelesness of his situation not a surrender. Do we know cremation was not allowed in Europe at that time?

These are all questions which merit attention.

We need to look beyond the frailties, the so called lapse of his Sikh conversion and the motives of Duleep’s self interest which he questions. Instead it is worth considering why was Duleep removed from Punjab, converted and denied permission to return and settle? It was because, however troubled he was as an individual, the British saw his Sikh faith as a threat to their imperial occupation.

Is the clandestine sending of money to Darbar Sahib and Hazur Sahib, Nanded for “karah parshad” and the proclamation of a “Government in Exile” in Paris the signs of someone who had no knowledge of Sikh sentiments or traditions?

The aspiration to have his remains return to the soil of Punjab is not new. It is shared by many academics and political commentators as well as laymen. If the descendants of Bahadur Shah can call for his remains to be exhumed from Rangoon where he dies, (also as a result of enforced exile by the British) then why should the Sikhs be denied posthumous justice for their last ruler?

To the vast majority thanks for all the love and support and we hope you continue making this film a success across the globe.

MUST WATCH VIDEO TALKSHOW about THE BLACK PRINCE MOVIE: 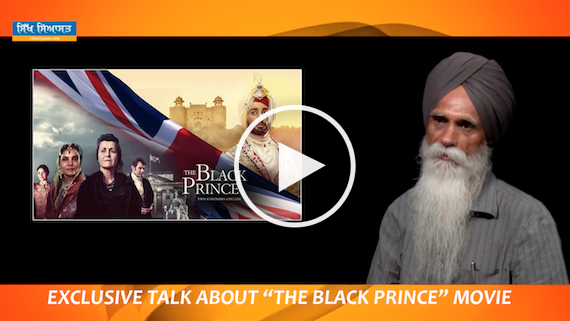