In April this year Amarjit Singh Sandoa had vacated the house without paying the outstanding rent of that month, she adds. 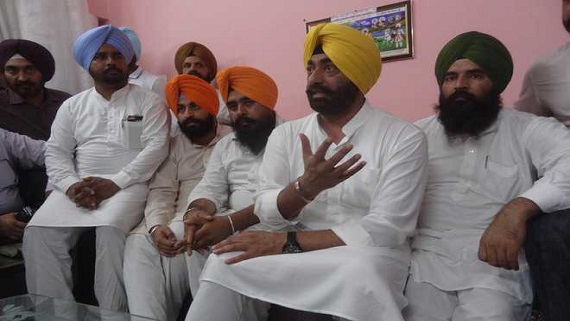 Bholath MLA and Leader of Opposition Sukhpal Khaira talks to the media in Ropar with AAP MLA Amarjit Singh Sandoa Sitting on his right. (Tribune Photo)

While accusing the legislature she stated that he also damaged the property of the house. She further alleged that on Thursday evening she had gone to the MLA’s house where she was allegedly molested and assaulted, media sources said.

However, Amarjit Singh Sandoa has refused the allegation framed against him, And further stated that he had to pay Rs 15,000 against the electricity and water and sewerage bills to his former landlady. He said she had come to his house on Friday evening with a man, reads a quote from a report published in an English tabloid.

Apparently, the leader of opposition and senior AAP Sukhpal Singh Khair here on Sunday has termed the criminal case against the MLA  Amarjit Singh Sandoa a politically motivated vendetta. He claimed that the haste shown by the police in registering the case against the AAP MLA without conducting preliminary inquiry proved that the action of the police was unfair.

In the meantime, Ropar SSP Raj Bachan Singh Sandhu said a three-member SIT would be formed by tomorrow to investigate the case.