Hartford,Connecticut:  A special screening of the movie “The Black Prince” was organised by USA based Sikh Sewak Society International USA in Hartford Spotlight Theatre on This Saturday at 4:30pm.  At the screening venue Swaranjit Singh Khalsa member of the society stated that  our organization always try to sponsor one show of any movie related to period of Sikh Empire or on topic related to 1984 Sikh Genocide. 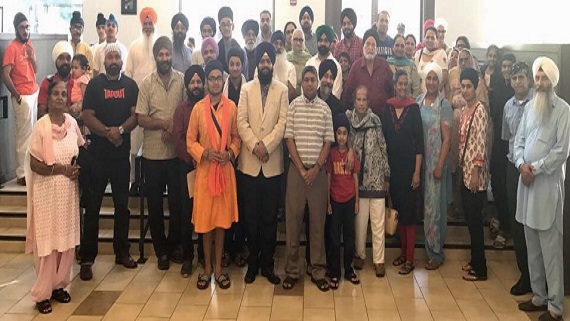 Local Sikhs along with Swaranjit Singh Khalsa during the Screening of the ‘Black Prince’.

“Goal of our organization is to empower youth with knowledge about Sikh History so they can work with the better vision on matters which are important to Sikhs all across the Globe,” he adds. It is estimated that around 200 people attended the screening organised so. 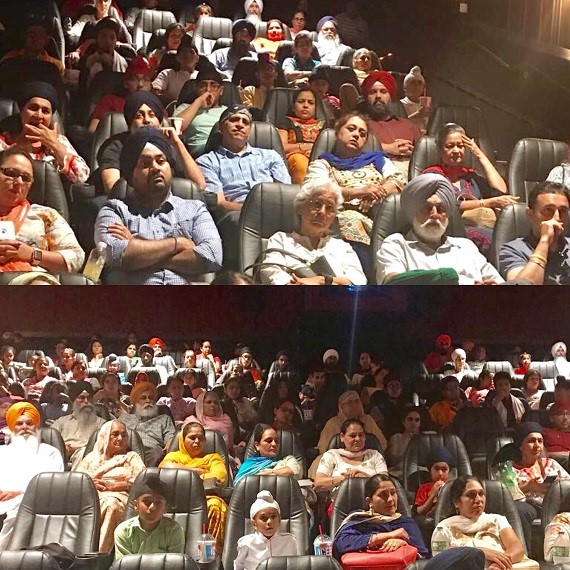 Another view of the people watching the Movie.

” We are thankful to Kavi Raz ji who made this movie based on true facts and highlighted the Lost Sikh kingdom of Punjab and did full justification to image of Maharaja Ranjit Singh,Maharaja Daleep Singh and Rani Jinda.” Swaranjit Singh Khalsa further said.

Most of them who attended the screening of the movie are of the believe that on the one side Indian Govt has made a serial which has tried to show Maharaja Ranjit Singh as an Indian Nationalist but on other side this movie clarify that the Sikhs were Punjabi Nationalist and wanted to free their Kingdom of Punjab”.

On this occasion many other Sikh community leaders from various Sikh institutes and Gurudwara sahib presidents showed up to support the movie.