New York, NY (August 1, 2017): It is learnt that last week, the Tennessee State Board of Education voted to approve new social studies standards, which for the first time ever include Sikhism.

According to the Sikh Coalition the new standards will give thousands of high school students in Tennessee access to educational content about the Sikh community, a major step toward creating awareness about Sikhs among our fellow Americans for generations to come.

“I am thankful to the Tennessee State Board of Education for including Sikhism in our state curriculum,” said Prem Singh Kahlon, a leader in the Tennessee Sikh community. “This is a positive step toward expanding Sikh awareness, and I appreciate the support of local gurdwaras, our friends in the interfaith community and the Sikh Coalition.”

The Sikh Coalition said that the inclusion of Sikhism in Tennessee’s social studies standards resulted from several months of careful planning and coordination with local community leaders. 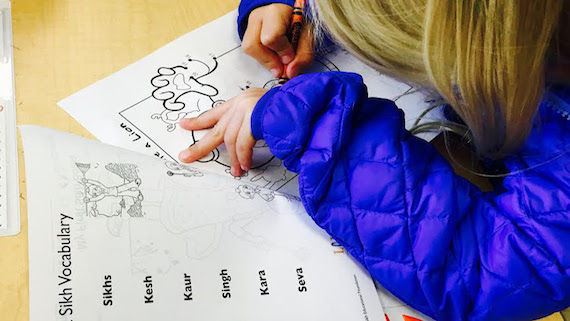 “Last October, the Sikh Coalition requested inclusion of Sikhism in the education standards by orchestrating a grassroots comment campaign on the proposed standards and engaging directly with board of education members. After Sikhism was omitted, we objected and appealed the decision to the education board. We then rallied with Tennessee gurdwaras and interfaith groups to send joint letters demanding the inclusion of Sikhism. The Tennessee education board reversed course and approved Sikhism in the revised standards on July 28, 2017”, reads a statement by Sikh Coalition.

“The Sikh Coalition is grateful to the Southeastern Sikh Religious Society, Mid South Sikh Sabha, and Sikh Sangat of East Tennessee for their grassroots leadership. We are also thankful to several interfaith allies for their solidarity, including the Congregation Sherith Israel, Islamic Center of Nashville, the United Religions Initiative, and St. Peter Catholic Church”, it reads further.

“Tennessee now joins a growing list of states – including New York, New Jersey, Texas, California and Idaho – that have worked with the Sikh Coalition to include accurate information about Sikhs in their public school curricula. We look forward to adding to this list in the months and years ahead”, it reads further.